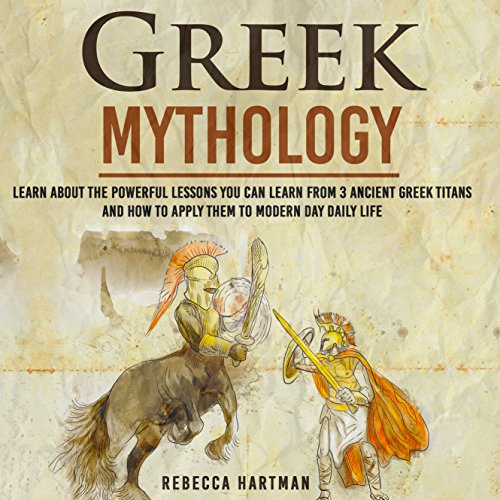 Greek Mythology: Learn About the Powerful Lessons You Can Learn from 3 Ancient Greek Titans and How to Apply Them to Modern Day Life

Nearly all kinds of ancient mythology and religions were constructed from early civilizations trying to make sense of their surroundings. The idea of science was completely unknown to them; rather they explained natural phenomena as done by mythical deities. In Greek mythology this is how we come to certain instances like Apollo, the sun god, or Zeus, the god of the heavens and sky.

The idea of the sun seemingly running across the horizon was rationalized by them as Apollo driving his blazing chariot through the sky. Night was formed by his rest and subsequent absence. Thunderstorms were Zeus' anger. His cherished lightning bolts destroyed those who caused him offense.

And this goes on and on with each of the gods having domain over certain areas of natural life. There is Poseidon, whose domain was the sea. If you wanted to cross the water on a ship, it was an absolute must to pray and sacrifice to him. Hades ruled the underworld. If you wanted love, your prayers would have to be directed to Aphrodite.

Seven reasons to buy this audiobook:

1. It's short and informative, with no fluff.2. This book is straightforward and gets to the point.3. It has a great concept.4. Learn what you need to know fast.5. Don't waste hours listening to something that won't benefit you.6. Specifically recorded to help and benefit the listener.7. The best compact guide to learn what you need to learn in a short period of time.

Ce que les auditeurs disent de Greek Mythology: Learn About the Powerful Lessons You Can Learn from 3 Ancient Greek Titans and How to Apply Them to Modern Day Life

this is by fat the worst audible book I've ever purchased! I want my money back!!