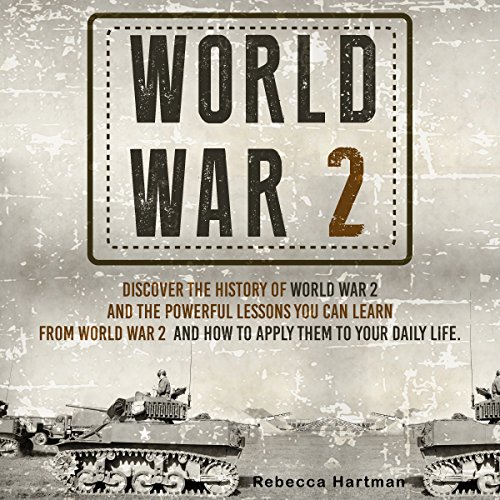 World War II: Discover the History of World War 2 and the Powerful Lessons You Can Learn and How to Apply Them to Your Daily Life

World War II was by far one of the most significant wars of all time. Ripples of the splash this war made on history are still being felt today. Even more so than its predecessor, this was the most comprehensive global war. The focal point is the European battle front but there was just as much, if not more in Asia and even in Africa and the Americas.

This war ushered in new battle tactics and humanitarian issues that would have far-reaching consequences. The war showed the unimportance of painting scenes by numbers, rather the significance of a well-laid strategy and the arising importance of technology. Treatment of prisoners, use of inhumane weaponry, and mass killings resulted in a new look at the actions of war.

New international structures were put in place to keep this from happening. The fresh understanding of the negative impacts on society have kept countries in a more peaceful state with countries not allying up to confront another alliance but countries allying together to right previous wrongs. Some of those wrongs are even products of World War 2.

Aside from repercussions on the war front, the outcomes of World War II have provided interesting new behavioral paradigm changes and ways of living. The actual battlefront has received a lot of attention and so have the aftereffects in a global-political scope but very little attention has been given to the way that people have thought since the conclusion of World War II.

Being met with such atrocities and gruesome battles, the world changed absolutely and for the better. Let's explore the lessons that can be taken away from World War II and consider how to apply these lessons.

Ce que les auditeurs disent de World War II: Discover the History of World War 2 and the Powerful Lessons You Can Learn and How to Apply Them to Your Daily Life