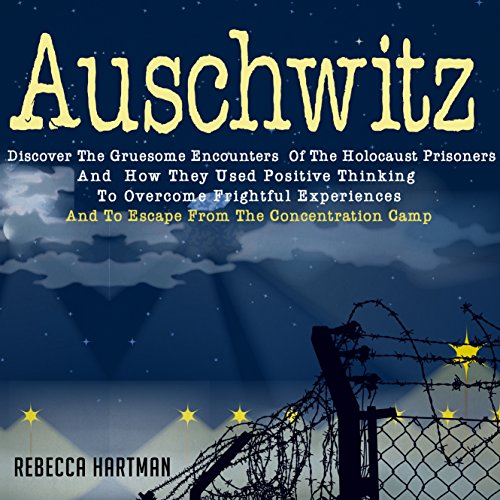 Learn how to stay optimistic during hard times, just like the Auschwitz survivors did.

The horrid acts of Auschwitz concentration camp really need no introduction. It is nearly impossible to discuss this topic with someone who does not know at least a few points about it. The acts, if applied to any other context, may be restricted to the older populous, but even children grow up knowing about the genocide of World War II.

Everyone knows of The Diary of Ann Frank, which portrays a girl being moved around during the Holocaust and eventually going to a concentration camp. Even Schindler's List, the timeless Hollywood classic, portrays the difficult time that the inmates had while being imprisoned at the time. The History Channel, among many other platforms of history and horrid acts of humanity or war, spares no detail regarding these atrocities.

Despite all of this, it would be impolite for me to begin this audiobook without briefly outlining the facts of Auschwitz. Even if you are already aware of the particulars, at least this book will set the scene and provide you with the most miniscule perspective of the people who endured (and those who could not) this absolutely horrible point in history. Perhaps then you may realize exactly what they had to cope with to get through.

Was this written by a 12 year old

with help from her herbalist mother? This was empty of anything useful. It's so ridiculous, I don't even have the proper words for it. Wish I could give it a lower rating.

Little depth of research. Herbalism out of place

This work is a disservice to the memory of those who survived the camps under Nazi domination. There are very few lessons communicated compared to what could have been gleaned.

don't even give it a thought !

just full of general ramblings, no sustainance
I kept waiting for something solid some major insight ,no. don't waste a dime on this.