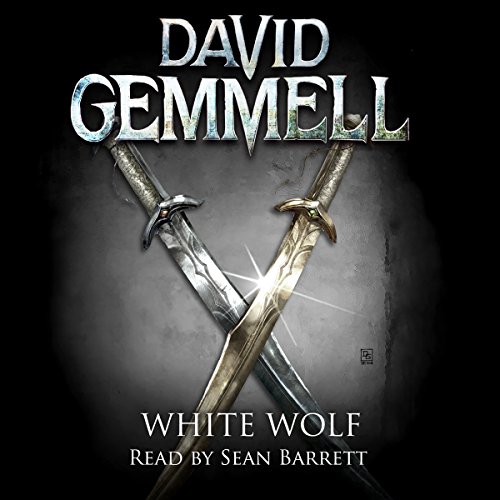 The first audiobook of Skilgannon the Damned, from the acclaimed author of Legend.

Skilgannon the Damned had vanished from the pages of history. Following the terrible triumph at Perapolis, the General had taken the legendary Swords of Night and Day and ridden from the lands of Naashan. No one knew where he had gone, and the assassins sent by the Witch Queen could find no trace of his passing.

Three years later, as a mob intent on murder gathers outside a distant monastery, they are faced by a single unarmed priest. In a few terrifying seconds their world is changed forever, and word spreads across the lands of the East. Skilgannon is back. Now he must travel across a perilous, demon-haunted realm seeking a mysterious temple and the ageless goddess who rules it. With assassins on his trail and an army of murderous foes ahead, the Damned sets off on a quest to bring the dead to life. But he does not travel alone. The man beside him is Druss the Legend.

In a world torn by war, White Wolf is a tale of love, betrayal and treachery, which examines the nature of heroism and friendship and the narrow lines that divide good from evil, redemption from damnation.

Everything about this audiobook is perfect! Once in a lifetime author and a narrator that does the work justice!

Better than the others

I personally think this book to be the best so far from the Drenai Series. Sean Bartlett is an excellent narrator and brings David Gemmell characters to life. Defiantly worth the credit

Gemmel and Barrett are a wonderful combination! I've read Gemmel for the last 30 years so I was surprised Audible didn't have his work when I first joined. When the Audible editions came out, I was thrilled! Sean Barrett does a WONDERFUL job!! Five stars and two thumbs up!!

Top notch story. Amazing characters that you can count on in a pinch! Great story.