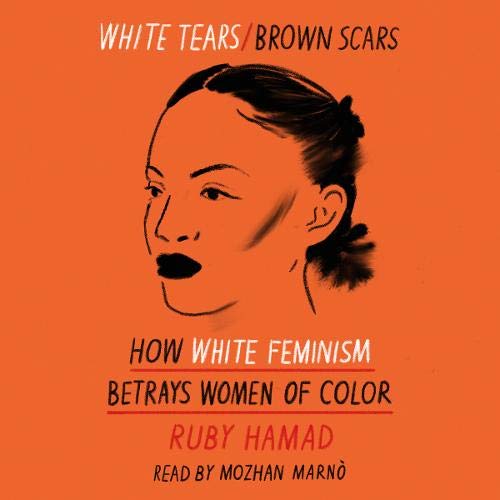 For listeners of Layla F. Saad's Me and White Supremacy and Reni Eddo-Lodge's Why I'm No Longer Talking to White People About Race, White Tears/Brown Scars is an explosive book of history and cultural criticism that reveals how white feminism has been used as a weapon of white supremacy and patriarchy deployed against Black and Indigenous women, and women of colour.

White tears possess a potency that is rarely acknowledged or commented upon, but they have long been used as a dangerous and insidious tool against people of colour, weaponised in order to invoke sympathy and divert blame. Taking us from the slave era, when white women fought in court to keep 'ownership' of their slaves, through centuries of colonialism, when women offered a soft face for brutal tactics, to the modern workplace, in which tears serve as a defense to counter accusations of bias and microaggressions, White Tears/Brown Scars tells a charged story of white women's active participation in campaigns of oppression. It offers a long-overdue validation of the experiences of women of colour and an urgent call-to-arms in the need for true intersectionality.

A must-listen for anyone shocked by the statistic that 52 per cent of white women voted for Trump, this compelling and meticulously researched book explores how the division between the innocent white women and the racialised, sexualised woman of colour was created, and demonstrates exactly why these stereotypes are crucial to confront and deconstruct.

With rigour and precision, Hamad builds a powerful argument about the legacy of white superiority that we are socialised within, a reality that we must all apprehend in order to fight.

"Powerful and provocative." (Dr. Ibram X. Kendi, author of the New York Times best-selling How to Be an Antiracist)