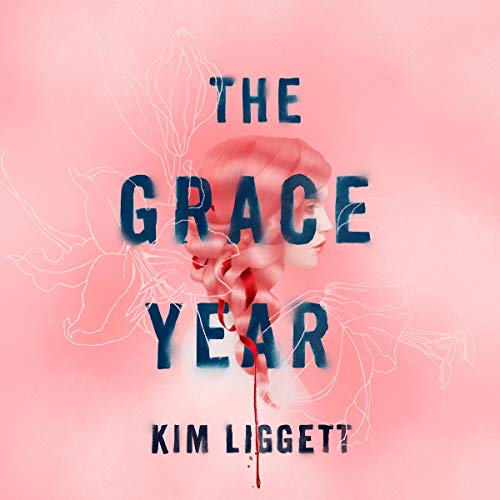 This program includes a bonus conversation with the author.

A speculative thriller in the vein of The Handmaid’s Tale and The Power. Optioned by Universal and Elizabeth Banks to be a major motion picture!

No one speaks of the grace year. It’s forbidden.

In Garner County, girls are told they have the power to lure grown men from their beds, to drive women mad with jealousy. They believe their very skin emits a powerful aphrodisiac, the potent essence of youth, of a girl on the edge of womanhood. That’s why they’re banished for their 16th year, to release their magic into the wild so they can return purified and ready for marriage. But not all of them will make it home alive.

Sixteen-year-old Tierney James dreams of a better life - a society that doesn’t pit friend against friend or woman against woman, but as her own grace year draws near, she quickly realizes that it’s not just the brutal elements they must fear. It’s not even the poachers in the woods, men who are waiting for a chance to grab one of the girls in order to make a fortune on the black market. Their greatest threat may very well be each other.

With sharp prose and gritty realism, The Grace Year examines the complex and sometimes twisted relationships between girls, the women they eventually become, and the difficult decisions they make in-between.

Praise for The Grace Year:

"The Grace Year seethes with love and brutality, violence and hope. It is a remarkable and timely story of the bonds between women, the cost of breaking those bonds, and the courage it takes to defy a patriarchy intent on crushing feminine strength." (Sabaa Tahir, number one New York Times best-selling author of An Ember in the Ashes)

"This book is harrowing and absolutely riveting, an insidious journey from reason to madness that manages to completely refresh the concept of the patriarchal dystopia, with a beautifully realized ending that goes to a very different, and even more believable, subtle, and unexpectedly satisfying, place than I expected." (Melissa Albert, New York Times best-selling author of The Hazel Wood)

I could not stop listening to this! It was such a dark, chilling story without being too dark for older teens. It was like a mashup up The Crucible + The Lord of the Flies + The Village + The Handmaid's Tale and I was here for it. I was particularly moved by the message the story was sending about how we treat each other as women and how much stronger we can be when we choose to support one another. This is what truly makes this book worth reading and sharing with others. Also, big shout out to Emily Shaffer for doing a great job with the narration! The audio book includes an interview at the end between her and the author and it was interesting hearing Kim talk about what inspired her to write The Grace Year.

I finished this book a few hours ago and now normally I will write my review and start something new. But I needed this book to settle inside me. I haven’t started anything new in fact I have just been thinking about this book.

The message is a powerful one. I think the message can be different for anyone. For me it was believing in yourself but also give yourself room to be wrong. You might not see the whole picture now but if you give it time it will come to you.

I think when it hit for me was the author’s note at the end. Women manly girls are never allowed to grow up without being viewed as anything but to be someone’s mother. Someone’s lover. This has gone one for years girls even attack other girls for their looks, for their brains, for where they come from, and for what? What really is the point?

The Grace Year, was written in a way that opened my eyes, kept me listening and learning.

I will admit, I wasn’t a fan of the romance aspect which is shocking because I am a romance junky. But the story stands without it. Either way I just really enjoyed the over all story and what it stands for.

The narration was perfect I loved the ins and outs of her voice she didn’t try too hard but gave everyone a voice. I would love to listen to more by this narrator.

Three and a Half Stars

I really enjoyed this book and found it to be a very entertaining and fast read overall, but it could have been much better. First of all, it would have been good to have a little background to better understand how the grace year came to be. Secondly, the best parts of the book were the interactions between the young women in the grace year encampment, however the story's protagonist spent quite a lot of her time being saved outside of the camp by a man. Thirdly, the story's protagonist really disappointed me at the end (no spoiler here). The narration was terrific!

I loved the message this story was trying to get across. But note that it's a little wordy.. i found myself at times saying out loud "just shut up already and tell what happens next". Once you get through all that its pretty good. Very lord of the flies for girls. Also, I liked how, although the story was not very realistic.. the idea that a young girl can't just roll up and change everything was actually very realistic. It takes a village and it takes time. That's the real fight.

Almost 12 hours of bitterness, anger, "mean girl" and intense narration Even the one scene that should have been tender was laced with anger and defiance. The book and narration just exhausted me. This story has a great deal of potential, but few short scenes to give the reader a break - a little bit of hope or levity or even just a little pleasantness in the narrator's voice when appropriate - would have made is a good book.

Think Hunger Games meets the Handmaid’s Tale and just nonstop listening. This book was absolutely amazing, I wished it never ended. The themes and metaphors regarding women and how we treat each other are spot on. I absolutely loved the hidden messages sent through flowers and thought that was an amazing way to speak to another person without having to say anything. I can’t recommend this book enough.

Please read this. Everyone needs to. Its absolutely incredible and so so powerful. The story radiates with amazing characters, a carefully crafted plot, and astonishing twists. I am so honored to have read this masterpiece.

Much better than i thought it would be

Much better than i thought it would be and i finished the book in 3 days. Love the interview at the end and really enjoy the story.

It takes a minute to get into, then it gets cra

I’m a dude who was told to read book to understand the female version of Lord of The Flies.

The social commentary is brilliant.

Can’t wait to see the film!

This is an excellent story with great characters and real life challenges. The plot itself is twisty, offering redemption and complications to all characters.