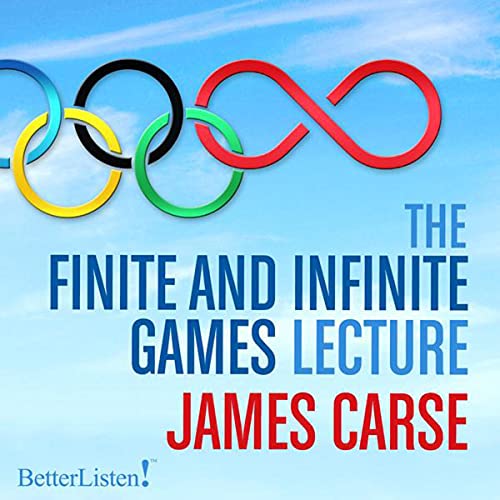 The Finite and Infinite Games

“There are at least two kinds of games,” states James Carse as he begins this extraordinary book. “One could be called finite; the other, infinite.”

Carse explores these questions with stunning elegance, teasing out of his distinctions a universe of observation and insight, noting where and why and how we play, finitely and infinitely. He surveys our world - from the finite games of the playing field and playing board to the infinite games found in culture and religion - leaving all we think we know illuminated and transformed. Along the way, Carse finds new ways of understanding everything from how an actress portrays a role, to how we engage in sex, from the nature of evil, to the nature of science. Finite games, he shows, may offer wealth and status, power and glory. But infinite games offer something far more subtle and far grander.

This Is A Lecture… Still Good

I thought I was buying the audiobook and bought a lecture recording by accident. This is still a good talk and worth listening through several times. The Q&A is well done and brings up a lot of interesting topics.