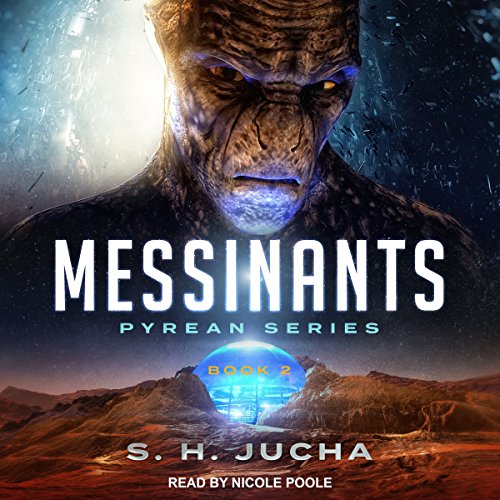 Pyre is a volatile planet. Its surface belches heat and noxious gases, forcing downsiders to inhabit domes. But Pyre's instability isn't limited to its geology. The colonists, who were marooned in the system hundreds of years ago, have endured a tumultuous history.

Exploring Triton, Pyre's third moon, spacers inadvertently activate an alien dome. When nothing came of it, they combined their mining ships with the Honora Belle, the aging colony vessel, to sling slush, frozen gases, at Emperion, Pyre's second moon.

Nearly a year later, the Belle's bridge crew, who monitors the alien site, is alarmed, when they witness a bright blue light shoot from the dome's platform and merge with the shield. The alien site isn't an entertainment stage, as Captain Jessie Cinders had facetiously mused. It's a gate, and aliens have arrived.

An exciting plot with aliens and humans. The aliens is a superior race and they are willing to help the humans. Captain Jessie Cinders is an interesting protagonist together with his allies work together to overcome political intrigues. The empaths also plays an important part. Enjoyable and well worth a credit, I will be looking forward to the next continuation of this series.

Much better book and narration than book 1. Ready for the rest of the series.

I enjoyed listenin to the book. I liked that the problems they faced here had solutions that didn't take 3 books to solve and it made me think finally some characters have common sense to use their powers to solve problems.

I really got what I expected from SH Jucha.
first book was a setup to second ... not going to discuss book story as you got to read and enjoy. Writer is doing his thing. Easy read ... I enjoyed it moocho!

Yet another 10 by Scott Jucha!! The first two books of this series are wonderful reading! I hope this developing saga lasts as long as his great ‘Silver Ships’ series! I recommend it heartily!! Great character development and terrific narrative!!
Every Si-Fi fan should be getting all of Scott Jucha’s work!!.. The Best !!