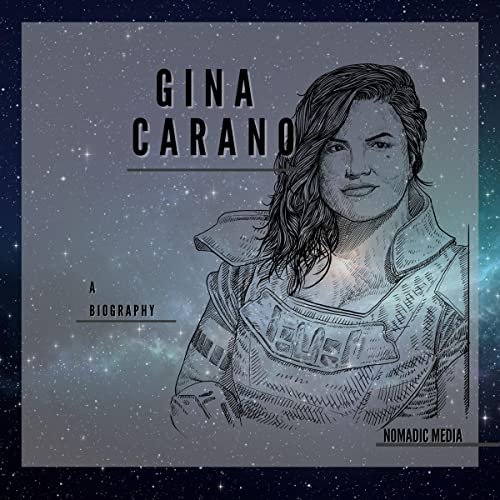 Gina’s competitive and fighting spirit is also seen in the controversies surrounding her political beliefs and statements. “She won’t bow down to bullies and those who try and pressure her to say or do certain things. Being straight talking, honest, and blunt with words is also an indicator of being low in this trait.” On November 15th, 2020 Rachel Leishman summarized what the anti-Gina squad had against this “gladiatoress”: "Anyway here's the thing: I loved Cara Dune very much. She was easily one of my favorite Star Wars characters in recent years. The fact that Gina Carano is sharing conspiracy theories and has mocked pronouns as well as promoting anti-mask rhetoric has ruined a character I loved.”

This audiobook will get you into the ring (or cage) with Gina Carano and give you a ringside seat into the life and times and fights of this talented, beautiful fighter.