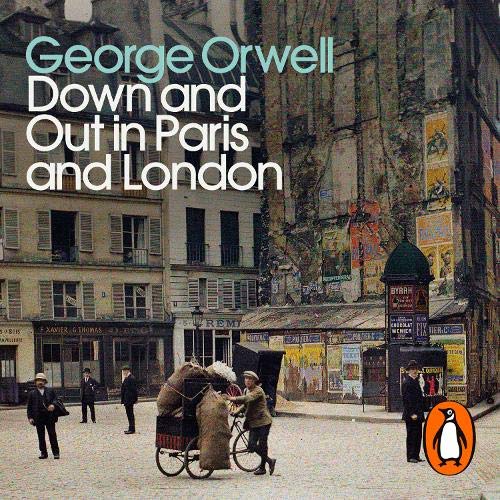 Down and Out in Paris and London

George Orwell's vivid memoir of his time living among the desperately poor and destitute, Down and Out in Paris and London is a moving tour of the underworld of society.

'You have talked so often of going to the dogs - and well, here are the dogs, and you have reached them.'

Written when Orwell was a struggling writer in his 20s, it documents his 'first contact with poverty'. Here, he painstakingly documents a world of unrelenting drudgery and squalor - sleeping in bug-infested hostels and doss houses of last resort, working as a dishwasher in Paris's vile 'Hôtel X', surviving on scraps and cigarette butts, living alongside tramps, a star-gazing pavement artist and a starving Russian ex-army captain. Exposing a shocking, previously hidden world to his audiences, Orwell gave a human face to the statistics of poverty for the first time - and in doing so, found his voice as a writer.

I really enjoyed this book, in every aspect and highly recommend it to anyone. It was excellent