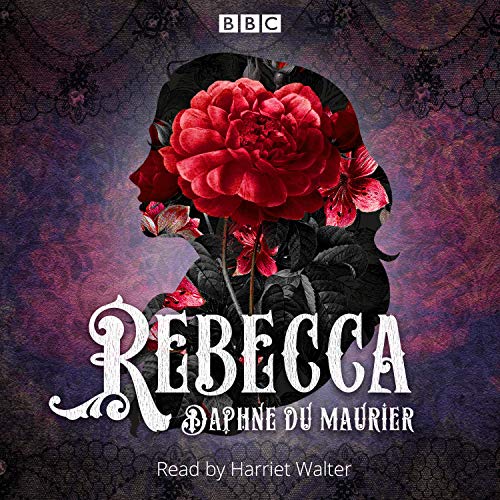 'There was Manderley, our Manderley, secretive and silent as it had always been....Time itself could not wreck the perfect symmetry of those walls, nor the site itself, a jewel in the hollow of a hand.'

When Maxim de Winter brings his shy new bride to his beautiful stately home on the Cornwall coast, it seems like all her dreams have come true. The terrace slopes to the lawns, the lawns stretch to the sea and the gardens are full of scented flowers.

But she soon finds that Manderley is haunted by the shadow of Maxim's first wife, Rebecca, who died the year before. It was Rebecca who made the house and gardens the showpiece of the county and her memory is revered by all, especially the housekeeper Mrs Danvers.

As the hot summer fades, the mystery of Rebecca's death grows, weaving a spell of fear and foreboding. In a series of climactic revelations, Rebecca's memory is finally laid to rest...but at what cost?

This would be a five star review if it was the ACTUAL book! I am so upset that I spent a credit on this and listened to the whole thing only to wonder why a 400+ page book was only a 3 hour audiobook and then buying the physical copy and realizing that this Audible version is not the real book. It has a few parts that are the same, but not much. Do not buy this if you have not read the book yet! It wastes your money/credits and spoils the book for you. I want my credit back. NO WHERE on the cover or in the details does it say this is not the full book. Not even when I Google it. The BBC is to blame too because I cannot find any info from them either that says it is not the full book. This version is free or only 99 cents on other audio platforms. Give me my credit back, Audible!

This is not the entire book! Make sure to always read reviews before purchase

This is NOT the entire book!!!!! I should have read the reviews before wasting a credit on this selection

I wish I read the last review before wasting a credit on this. This is NOT the full book. It should not even be listed!

NOT THE FULL BOOK

This is an abridged version of the book. I don't see that mentioned anywhere on here. It has only 4 chapters and is 3 hours long. The others are 13 hours long and in-print there are 27 pages. Don't waste your time- listen to the whole thing. Harriet Walter has a nice voice. I wish she narrated the full version.

It was hard to take breaks while listening because it's so full of life; very detailed. I enjoyed this book. However, I didn't like how the book ended. I'm am not sure I understood the ending. Is there a part two?