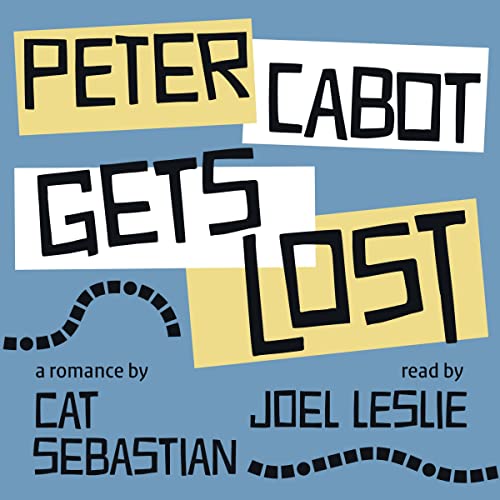 After years of scraping by, Caleb Murphy has graduated from college and is finally getting to start a new life. Except he suddenly has no way to get from Boston to Los Angeles. Then, to add to his misery, there’s perfect, privileged Peter Cabot offering to drive him. Caleb can’t refuse, even though the idea of spending a week in the car with a man whose luggage probably costs more than everything Caleb owns makes him want to scream.

Peter Cabot would do pretty much anything to skip out on his father’s presidential campaign, including driving across the country with a classmate who can’t stand him. After all, he’s had plenty of practice with people not liking him much - his own family, for example. The farther Peter gets from his family’s expectations, the more he starts to think about what he really wants, and the more certain he becomes that what he wants is more time with prickly, grumpy Caleb Murphy.

As they put more miles between themselves and their pasts, they both start to imagine a future where they can have things they never thought possible.

Narrator has an annoyingly breathy voice, which detracts from the average story of two 1950’s college grads falling in love.

What a wonderful, sweet story. Cat Sebastian does it again. She has a way of making you completely vulnerable to falling in love with her characters and Joel Leslie’s narration is flawless. Here is hoping for a sequel.