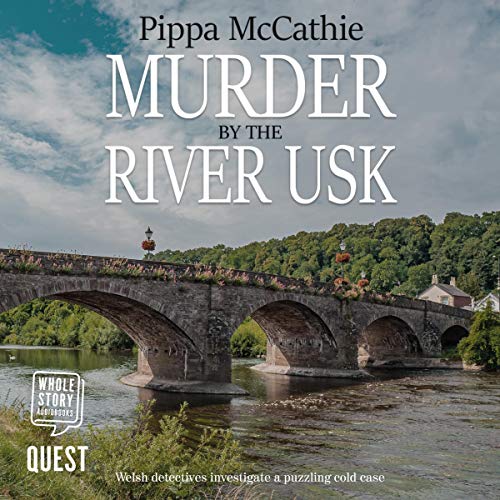 Murder by the River Usk

Murder by the River Usk is the third murder mystery by Pippa McCathie set in South Wales. Look out for the first, Murder In the Valleys and the second, Murder at the Old Abbey.

A cold case warms up when an archaeological dig uncovers the remains of a student who went missing a decade previously. It was a missing person case that bugged ex-inspector Fabia Havard long after she left the force. Now she has been asked by DCI Matt Lambert to aid the investigation. Caleb Morgan went missing whilst studying at a university campus near the ancient Roman city of Caerleon. Now, with his body finally found during an archaeological dig, partly exposed due to the riverbank subsiding after a flood, there is new evidence. It is clear he was murdered.

The question facing the police is who did it and why? As they probe deeper into his background, suspicions arise around a local firebrand preacher, a boxer and the police themselves.

I generally like these books, but this was a snoozer. A dead gay young man, his church going, weak mother, his intolerant father, a sanctimonious minister, yada, yada. To boot, aging Fabia is still playing hard to get with her good looking younger boyfriend. Tedious. Well narrated.

I hope there will/are more books to follow
I really enjoyed the way she lets you know there is more.... between characters they let you know they have discovered something vital but she lets you play detective and that was “delicious”
Great great writing totally a binge to the end read