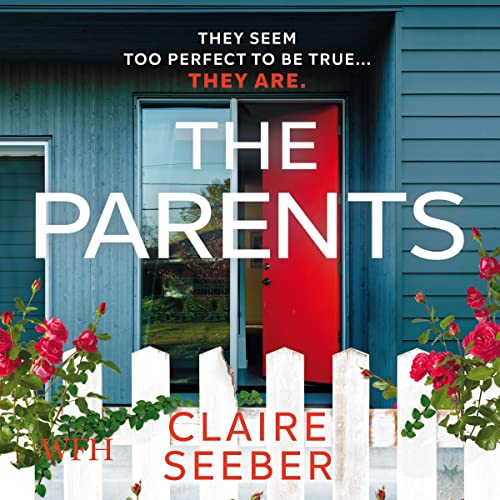 It seems like they have it all. But we all have something to hide....

Moving to this village was supposed to be a fresh start for me and my 13-year-old son, Harry. After the tragic death of my husband, it was a chance to leave everything bad behind and make better memories at Primrose Cottage, the postcard-perfect house with honeysuckle around the door.

However, things haven’t exactly been easy since we arrived, and after what we’ve been though, I’m scared of letting anyone new into our lives.

But when one of the local dads asks Harry to join the weekend sports club, I find myself saying yes. The smile on my son’s face gives me hope that I might have made the right decision in uprooting our lives.

All the other parents seem so kind in welcoming me into the fold. At least, they are to begin with.... Until someone begins anonymously exposing secrets about everyone in the group.

As betrayals surface and the claws come out, I see how imperfect these people really are; and how far they’ll go to hide the truth. Then when one of the parents ends up dead at the end of a party, I realise that it’s not just lies and scandal they’re covering up.

Too late, I realise that I should have stayed away....

Fans of Big Little Lies, Lisa Jewell and Louise Candlish will be absolutely hooked by this pacey listen with a jaw-dropping twist you just won’t see coming.

Early on, I was worried this was gonna be a little too witchy, but it wasn’t. This was an entertaining, exaggerated, and somewhat unoriginal depiction of the drama, hypocrisy, competition and nastiness of small town and sports team drama.

Unlike many current British and English listens, the author successfully shows the good, bad and ugly of both genders and different races, instead of completely alienating or villainizing any one group, and I appreciate that. The narration was really good.

This book was such a pleasant surprise.
When I first heard the intro, I almost stopped right there because of this crazy list of a million characters.
But I am so very glad that I stuck with it.
This was such a great listen that I missed almost two full nights of sleep just binge reading and utterly unable to put it down.
This is the highest compliment, as all audible listeners know, if you stay up all night listening, you’ve got a quality book in your hands (or ears)
The characters are so well developed, the different perspectives add depth and texture to the story.
Claire Seeber truly understands how to bring the reader right into the scene, right into the story and you feel a part of it all.
It was ridiculously clever, unpredictable, spooky, and at all times, interesting.
This is a writer who truly understands that the reader needs to be transported into the world of the story. That the reader also needs to identify with and hopefully empathize with @ least one of the primary characters.
I absolutely loved this book.
I would call it “perfect” and I mean that.
I wouldn’t change a thing about this one.
The narration by both performers is top notch and exceptionally well done.
The one and only thing that irked me…
How does anyone, especially a British person not understand that Bowie is pronounced Bow E not Bau E. It’s friggin David Bowie! This may seem trivial but, Bowie is a legend, artist, and eternal icon, the very beginning of most great music ever made. He influenced so many of us.
We must always pronounce his name correctly!
Please, next time, it’s BOWIE, now take a bow E.
Otherwise sheer perfection.
Couldn’t recommend it with more vigor…
But this book now! I command you!