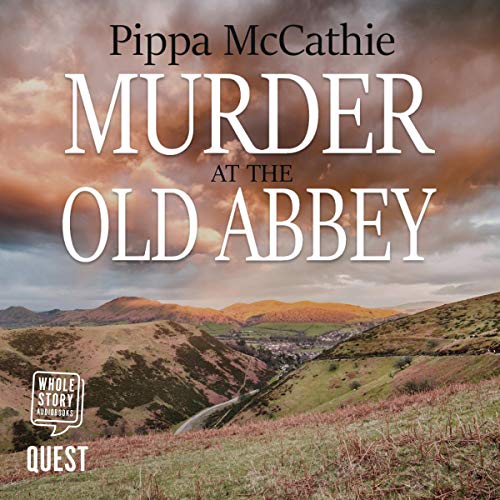 Murder at the Old Abbey

Murder at the Old Abbey is the second book by Pippa McCathie to feature detective Matt Lambert and Fabia Havard.

White Monk Abbey is a local landmark and its resident patriarch, Caradoc Mansell, a foreboding presence. He runs his household and family as if he is still in the army.

So, when he is found murdered, the challenge Chief Inspector Matt Lambert faces is that many people had a good reason to want him dead. And when it is discovered that Caradoc had children from dalliances in his youth, his family also fall under suspicion - their substantial inheritance having been put in doubt. With so many suspects and little evidence, he draws on the advice of his former boss, ex-detective Fabia Havard. But will their fractious relationship get in the way of finding the killer?

I am enjoying the story, the characters and the reader.
Totally looking forward to the next book.
Binging on great reading this is definitely one author I hope to read more of