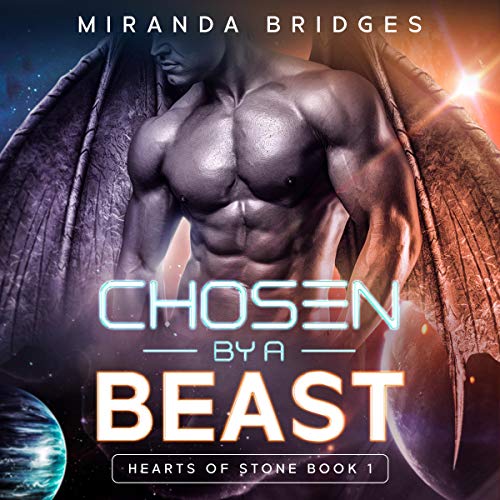 Chosen by a Beast: An Alien Breeder Romance

And now my situation with this new group of aliens has gone from bad to worse. I was with a bunch of elf-like aliens who had unparalleled technology, but now I’m in the midst of a group of primitive gargoyle aliens running around in loincloths.

Which doesn’t hide much, let me tell you. There’s one gargoyle in particular who watches my every move, but what’s under his loincloth scares me more than his beastly appearance.

To be sure we’re worthy to breed with, the savages have us each perform a rite of passage.

And by that I mean a test of survival. Navigate the terrain, scavenge for food, defend myself against wildlife - basically all the things that could cause bodily harm or death. So that’s fun.

And as much as I’d like to be rescued by the alien who’s stalking me, it looks like I’m on my own. Maybe I shouldn’t have flipped him off, but how was I supposed to know I’d need his help?

Now, I’m going to have to tap into my survival skills or I’ll be dead by morning. May the odds and the aliens be ever in my favor. Or something.

*This is spun off from the House of Kaimar Series. If you want to know Makayla's tiny backstory, please enjoy those books first.

*It's highly recommended that this series be enjoyed in order.

I've been a fan of Ms. Bridges for a while now having finished the precursor to this series with the Dravians. I really fell in love with her writing style and plot. I put this book on while I was crocheting and got so enthralled with the story that I had to redo several parts of my project.

I definitely recommend this to anyone looking for a courageous, inspiring heroine who knows when to fight and when to listen to her heart.

I LOVE this book. Both the book and the narrator is SO very good! I laugh thru out it. I HIGHLY recommend people to buy this book. They will not be disappointed. The woman has just the perfect amount of sass and attitude without going overboard. I haven't laughed this much with books that are supposed to be a comedy, so if you need a good laugh after a long day, this one is the book for you!

cute story very good flow not a lot of sexy times but well worth listening to. you can tell this was a continuation of a series but it was not hinged upon you listening to others

I love the passion in this love story. My sex scenes were amazing. Love the narrator

I really enjoyed this book. The only down side is that it is too short. Also at some places I felt like there could have been more details provided, nevertheless its a good read.

Loved the story, great story teller, good vocalist ,can't really pick a specific scene as it was a well written story. I think the final chapter is my favorite.

Loved the book! My only complaints are that it’s too short and there’s only 2 in the series on Audible, so far.

I really loved the entire story. The MC was so funny and fierce! The only problem I had at all was the narrator. She did awesome as the female MC. Truly. I just wish that a man had done the voices of the make MC. Otherwise, loved this book!!!

The narration made me fall in love with the main female easily! She was sassy but in such a funny way.
This is how I like my alien romance. She was taken from earth, and found herself in a trial to prove she could be a member of this unknown alien clan.
She makes some unlikely friends and gains the attention of the clan leader.