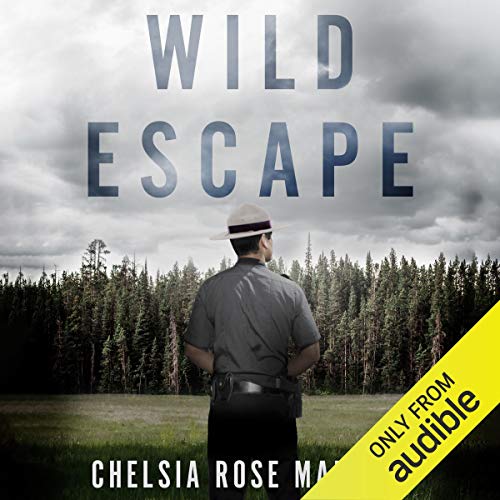 "Marcius writes with genuine narrative power. Her depth of research provides insights into this historical escape that we can't get anywhere else " (Anthony Flacco, New York Times and international best-selling author)

On June 6, 2015, inmates Richard Matt and David Sweat escaped from Clinton Correctional Facility, New York State's largest maximum security prison. The media was instantly obsessed with the story: aided by a prison seamstress who smuggled hacksaw blades, chisels, and drill bits inside the facility via a vat of raw hamburger meat, the two convicted murderers sliced their way through steel cell walls, meandered through a maze of tunnels, climbed out of a manhole, and walked off into the night.

Only a handful of inmates had successfully broken out of Clinton since the facility opened in 1845, and not many had made the attempt. Barbed wire, stone walls, and the wilderness of the Adirondacks have all served as physical and psychological barriers to freedom. This seemingly impossible Shawshank-esque escape had the makings of a Hollywood film, and the public hung on to every twist as the story developed.

After nearly three weeks on the run, Matt was shot and killed by US Customs and Border Patrol agent Christopher Voss on June 26, 2015. Two days later New York State Police Sgt. Jay Cook shot Sweat twice in the back. He survived. While we have come to learn how Matt and Sweat pulled off perhaps the most elaborate modern-day prison break, no reporter except Chelsia Rose Marcius has talked directly to Sweat to ask the most important question in the case: Of all the inmates who dream of escape, why was he the one who could make it happen?

"The details Marcius has amassed are comprehensive and stunning and serve to heighten the impact of her story. This is first-rate journalism, written about a crime and a criminal from the inside out." (Stephen Singular, New York Times best-selling author)

This story was so well done. Not a dull moment. I am very impressed with this author/reporter.

I was looking forward to listening to this, I am from the North Country and was caring for my mom there when the escape happened.
I was horrified by the man's reading. He misprounced local town names, river names, etc. Really?? You are reading a book about the Adirondacks. Wouldn't you think that SOMEONE would say 'this is not how to say that'?? Nope. That became a joke very quickly.
The author also, obviously, felt badly for the 'nice' prisoner. Fine, except I want a report not what the author feels.

A must Read !!!..THIS STORY WILL KEEP YOU AT THE EDGE OF YOUR SEAT FROM BEGINNING TO END!!!

Heavily Padded - NOT WORTH A CREDIT

'Author' Chelsia Rose Marcius heavily padded this 'work' with way too many 'notes' that are very distracting and not needed. Her personal additions are laughably millennial, not mature.

I knew about the Wild Escape from Clinton Correctional by 9am Saturday June 5, 2015. Most members of the public and the media had no clue until well after 3-4pm that day. I was supposed to join the Governor at the Belmont Stakes that day. Instead, he flew up to Dannemora and missed the first Triple Crown winner since 1979. I too flew up to Dannemora and saw Ms. Marcius. Chelsia’s dogged reporting and ability to personally meet with one if the escapees, on numerous occasions, paints the truest and most accurate picture down the smallest detail. This is a great book for long drives between Albany and New York City.

The parenthetical explanations throughout this book are so annoying. Just explain it in context! The two-person narration was good though.

Couldn't stop listening. Great book. The performance was good. And, I felt like it had just the right amount of detail to be compelling and entertaining.

Great book! The female reader was difficult to hear/understand at times. however, I would still recommend it to anyone!