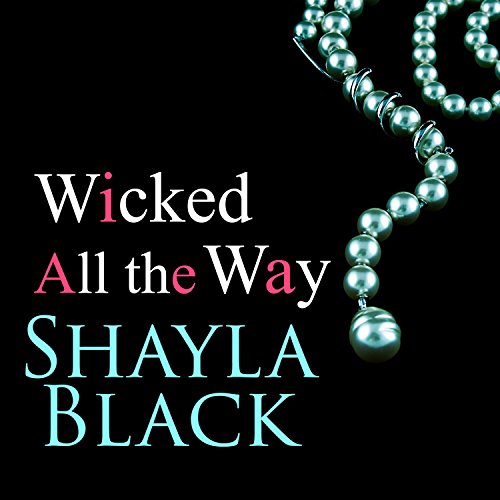 Wicked All the Way

Retired military colonel Caleb Edgington has spent two long years trying to achieve the most important mission objective of his life - but not behind enemy lines. He's trying to capture a woman with a broken heart. Having lost at love once, he understands being gun shy. The residual fears from Carlotta Buckley's nasty divorce have stood between them, but he's done with that. And he's got the perfect strategy to lure her in... Carlotta never thought she'd fall in love again. Once bitten, she's now more than twice shy. And Caleb is everything she can't handle - fierce, relentless, uncompromising... sexual. She's managed to mostly avoid him, but now his son and her daughter need their help. Can Caleb and the spirit of the season convince her that she's ready to take a chance on love again?


This is the story of the patriarch of the Edgington family and their friends (each has a full-length book available in the wicked series).

This will review WILL CONTAIN SPOILERS so do not read further unless you do not care if you are listening in order.

The author does a good job, making this a standalone, although I enjoy listening to books in order when it comes to series.

Colonel Caleb Edgington's son has married Kata and throughout the marriage Carlotta (Kata's mother.) Since the He 2 years of their first meeting he has become very fond of and in lust with her.

This romance of an "older" generations is playfully thought out with a bit of past drama rearing its ugly head.

I find that reviews help me, especially new authors or performers. If you found this review helpful, would you take a moment and select "YES" below?

Consider following me on Audible. I review from most genres.

Authors, publishers and narrators, please feel free to take my review to any other media that you would like. Thanks!

great book! I really enjoyed this book and look forward to reading more by this author.

Wicked All the Way

I LOVED this book. I loved that Caleb knew he wanted Carlotta and curved his way of going for a woman to make her feel safe with him. I loved that Caleb didn’t care what he son thought sure he might have second guessed if it was a big deal to him but it wasn’t so he went forward.
I loved that Carlotta might have fought her feelings at first but then gave her self the permission to move forward.

The NARRATION I WANT MORE! I want him to narrate some of the longer books PLEASE!!!

Is bae... that is all 🤣 oh the short book was good too but I love his narrations

Once agin an author reminds me that you are never too old to fall in love! A lovely story from Shayla Black.
The narration was very soft. I found I had to keep increasing the volume which was irritating- but still better than having the narrator shout every now and the!

As good as a novella can be!

Unless a novella happens to be a continuation of a novel, they rarely trip my trigger. They are too short to contain many details or are able to get me emotionally involved into the characters. This novella was no different, it was ok and since it is part of the Escape Package and didn’t cost me a credit, it was a satisfying enough, listen.
-V from Kansas

A great filler to tie the stories together

Thanks for having characters over 40! I think that there could have been more to the story. It's great to see ordinary people who are in love, and who see each other as sexy. I wish that the story was longer.

It’s a novella about Hunter, Logan and Kimber’s dad’s romance with Kata’s mom. The story was just okay and very rushed.
The voice acting was extremely monotone.

Not much to this story. It brings in other characters from the series and is a nice Christmas story though I can't imagine being thrilled about not being able to choose and decorate my own home. Not much of a plot but it moved the series forward a bit.