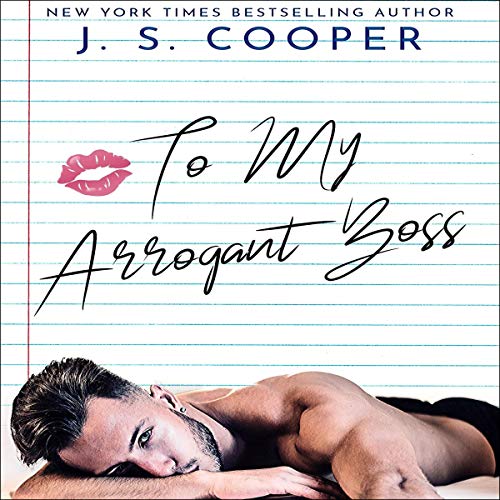 To My Arrogant Boss

The second audiobook in the Inappropriate bachelors series.

You are quite possibly the most infuriating, annoying and grumpy man I’ve ever met in my life. I know you think that you’re God’s gift to women, but I have a secret to let you in on: you’re not. You’re God’s gift to yourself. Get over your wanna-be cool surfer self and grow up. I thought it was time that someone addressed your big head and told you straight to your face that you're not all that. Just because you have an Ivy league education doesn’t mean you’re the smartest man in the world. In fact, I’m not even sure if you would have gotten in if you didn’t have rich parents. Yes, I went there. Every woman doesn’t want to sleep with you and I’m sure you’re not even good in bed. And I’m someone that would know.

Your Secret Not Admirer"

All That and a Bag of Chips!

That is how Tate Howard would describe himself to woman.

I was given this book as a gift and to review. Its the second book in the series. Tate and Jane cannot deny the chemistry between since day one of Jane's first day. Jane knows Tate is a big time player and Tate gladly admits or rather not do much a "player" as "God's gift to woman"!

Jane tries to anonymously put Tate in his place but yet that little plan backfires a little on Jane. This book has me rollingy eyes, laughing out loud, having the awe moments and even catchimg myself smiling ! Tate does come to senses and realize what a prize Jane is and not just another ordinary notch on the bed post he had her figured for.

Ms. Cooper made the feels come out again with her story yelling and pulled emotions out that you would never think to have just by reading!

I purchased this story because I love to read/listen to romance stories and office romance are usually my first pick. Also, i have taken the time to read the summary and review before making a purchase.That said, after one hour of listening to this story, i felt more like sexual harassment than a romance. The hour i've listened, all the hero did was harassing her about having sex and other dirty things to her. This would be fine if they have form some kind of boss/worker relationship. For him to be her boss, first meeting was just too much. The heroine made me cringed every time she allow the hero to speak to her in disrespectful manner. This story was truly a let down, and disrespectful to female gender. I've listened to other stories from this author and loved most of them. All i can say is, shame on the author!

This series is def one of the best ones! Love it! Tate is hilarious and Jane gives the fuel! Love it! On to the next!

3* I just couldn't get over Tate's attitude and the fact he acted like a major jerk most of the time...just very unlikeable. Cooper did try to redeem him in the end, but it was too little too late. Also, the epilogue didn't make sense, it was like the conversation they had just had in the last chapter never happened. It was more like it was an alternate ending that she had written rather than an epilogue (*****possible spoiler alert****), and the sweet conversation about their future never happened. Jane was shocked that he wanted to move in and he was scared she didn't want to. Umm hello, she already agreed to move in with him. The last chapter was fine, just skip the epilogue.

This is book 2 in the Inappropriate Bachelors
I read book one and I loved it! I was sooo happy to have been able to get to listen to book 2!
I loved Laurie West the female narrator, but I wasn’t crazy about Christian Black’s voice 😕
This is Tate and Jane Garcia story and I absolutely loved everything about it! 5 Stars ⭐️!!
It’s emotional, intense and romantic with Lol 😁 moments. The secondary characters, Olivia, Millie and Birdie are a riot 😁. Each book is a stand-alone romance, but I highly recommend reading them in order!!

I enjoyed Tate and Jane's story.

"To My Arrogant Boss" (The Inappropriate Bachelors Book 2) by J.S. Cooper is a great book. I enjoyed Tate and Jane's story. This is a great addition to the series. This story has romance, passion, humor, billionaires, close friends, entertaining characters, and more. I can't wait to see what happens next in this series. Recommend to all fans of romance, billionaires, and series.

Enemies to Lovers and Office Romance

I love the classic enemies to lovers romances and the fact that it's an office romance too; It checks all the boxes for me. This book is funny, witty, sexy, feisty, and full of pent up sexual tension. I'm not sure a book has had me laughing out loud as much as this one did. The outlandish comments that seem to just pop out of these characters' mouths are both hilarious and jaw-dropping. This book will have you both laughing and blushing and sometimes at the same time! I highly recommend reading this week along with any of the others by J.S. Cooper; you will not be disappointed.

This is a great story, lots of laughing and some surprises too.
Standalone with no cliffhangers.
I love that they are opposites, the banter was great. There are serious parts that really work well for this couple.
Christian and Laurie did a great job.

This is the second book in the Inappropriate Bachelors series and it did not disappoint. I loved Jane and Tate’s story. The narrators Laurie West and Christian Black really brought the character’s to life. I loved angst and banter between Jane and Tate. It’s a great entertaining story that had me laughing throughout. I voluntarily reviewed a copy of this audio book.

The writing will draw you in after only a few pages and have you finishing the book in one sitting.
There is the perfect amount of angst and romance and grit to keep you hooked.

I loved how their relationship unfolded so we could see these amazing characters grow in ways you never expected.
I would suggest picking up a copy asap, you will not be disappointed.

The narration was utter perfection, it really brought the book to life in a thrilling and passionate way.

This review has been voluntarily submitted for your consideration.