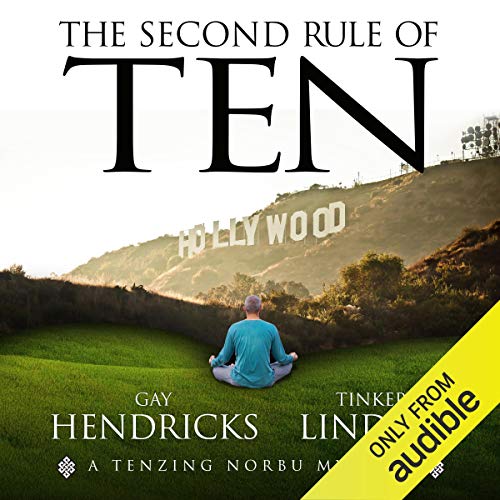 The Second Rule of Ten

The Second Rule of Ten

Ex-Buddhist monk and ex-LAPD officer turned private eye Tenzing Norbu is back with a new case, a new love, and a whole new set of problems in this fresh installment in the Tenzing Norbu mystery series.

In The Second Rule of Ten, Norbu investigates the unexplained death of his former client, Hollywood mogul Marv Rudolph, and searches for the sister, lost during World War II, of wizened Los Angeles philanthropist Julius Rosen. With two cases and an unforeseen family crisis that sends him back to Tibet, Ten finds himself on the outs with his best buddy and former partner, Bill, who is heading the official police investigation into Marv's death. Cases and crises start to collide. When Ten mistakenly ignores his second rule, he becomes entangled in an unfortunate association with a Los Angeles drug cartel. As he fights to save those he loves, and himself, from the deadly gang, he also comes face to face with his own personal demons. Working through his anger at Bill, doubts about his latest lady love, and a challenging relationship with his father, Ten learns to see the world in a new light - and realizes that in every situation the truth is sometimes buried beneath illusion.

I was apprehensive at 1st about this series being that it was written by a Self Help author plus one. I love mystery but had to stop reading the real gory stuff as my daughter went out into the world. And sometimes the funny stuff just doesn't have enough substance. But this book was a perfect balance. A great narrator delivering characters with emotions you can identify with and understand even if they do piss you off at times,, and a story that keeps you on your toes. I can't wait to read the next installment.

i like this detective because he is a dichotomy. A trained Tibetan Monk and a trained Police Officer. the way he weaves these two worlds into one adds interest to the murder mystery itself.

Money talks and makes enemies - especially when temptation knocks! Ten delves deeper in his roots and tries to balance his relationships, jobs, and moral vs spiritual obligations. My clips to include in this review disappeared, but there were a couple things that were confusing or contradictory. Overall, I still really like this morally-driven detective. His friends are wonderfully staying within their personalities and not fluid, to further the plot. Oh! That was one. At a rave party, the technologically challenged is able to access the net via - what internet? Unless it was mistakenly edited out, there was no mention of wifi in the dilapidated area, did not have a wifi card or connected to a perdomal hot spot. But anyway. Tank continues to be a warm feline friend who helps center Ten. Ten has a new love interest. And Bill’s wife has a stronger supportive role. The series grows in strength and addiction as Ten grows up and finds his way and identity. Jeremy is a very talented voice actor, solidly giving each character their own presence and accent, as required. I may pick up the next book sooner rather than later!

The story engaged me from the start and the narration was masterful. I will be listening to the next in the series shortly.

I LOVE the Tenzing Norbu mystery series. This one was very well played out. Definitely worth the listen, very insightful all the way through! Kept me guessing.