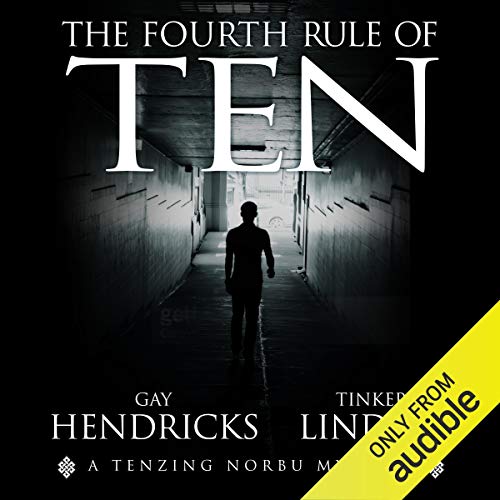 The Fourth Rule of Ten

The Fourth Rule of Ten

Ten makes an unexpected move of his own when he agrees to pro bono work for a convicted felon. But it was dope slinger Godfrey Chambers Ten had repeatedly busted during his days on the force, not the reformed and rechristened G-Force who is now asking for Ten's help in claiming money left to him by a kind-hearted benefactor - and contested by the benefactor's self-serving family.

Soon Ten's investigations lead him down the darkest corridors of the Internet and halfway around the globe to Sarajevo as he navigates the seedy worlds of human trafficking and personal regret. As his cases intertwine, Ten will rely on the wisdom of the Buddha and his own network of relationships - with super hacker Mike, outrageously idiosyncratic assistant Kim, old monastery friends Yeshe and Lopsang, Serbian cabbie and former policija Petar, and, of course, feline rock Tank - to solve the puzzle ­ and keep free of his own tangled past. Especially when an old flame returns.

The Fourth Rule of Ten, the thrilling fourth book in the Dharma Detective series, proves the only thing better than exceeding expectations is having none at all.

And new twists in the familiar universe of Ten and his struggles to stay connected to the spiritual dimension in his life.

Tenzing Norbu is engaging and the plotting and narration are outstanding. My new favorite binge!

Jeremy Arthur's smooth and distinctive voice enhances The Fourth Rule to a sublime and enthralling listen. His ability to voice accented and still accurate dialogue by the many characters is truly delightful. I found myself smiling at his versatility and solid cadence many times during this 4th book. He takes great care in matching his choices to the written description and with the addition of foreign accents, adds immeasurably to this wonderful story. The description of the cat, Tank, and his antics are truly one of my favorite parts of the book. WONDERFUL work, sir!