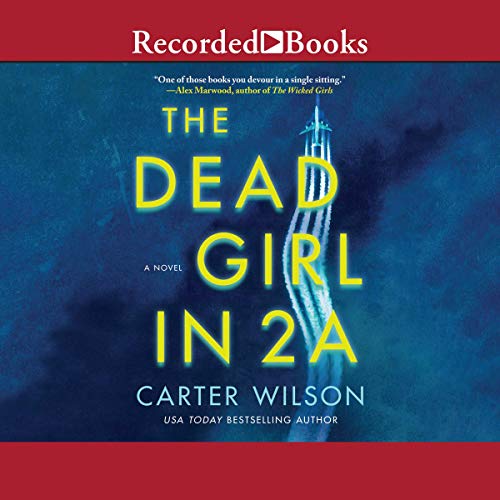 The Dead Girl in 2A

The Dead Girl in 2A

This flight will take them somewhere they never expected to go

Jake Buchanan is a successful writer with an eight-year-old daughter and an imploding marriage.

Jake knows the woman sitting next to him on his business flight to Denver - he just can't figure out how he knows her. Clara Stowe isn't in Jake's line of work and didn't go to college with him. They have nearly nothing in common apart from a deep and shared certainty that they've met before. As their airplane conversation deepens, both struggle to figure out what circumstances could have possibly brought them together. Then, in a revelation that sends Jake reeling, Clara admits she's traveling to the Colorado mountains to kill herself, and she disappears into the crowded airport immediately after landing.

The Dead Girl in 2A is the story of what happens to Jake and Clara after they get off that plane, and the manipulative figure who has brought them together decades after they first met. Intensely creepy, beautifully written, and full of Carter Wilson's signature whom-can-you-trust paranoia, this is a psychological thriller unlike any you've read before.

This was a very solid and intriguing story, the plot isn’t common and it was quite interesting and entertaining overall. I wasn’t sure what area of mystery/suspense it was going to be but it is a cross between the movies: Eternal Sunshine of the Spotless Mind - (with Kate Winslet and Jim Carey) But minus the love story drama, and the Netflix series Stranger Things - minus the demons/aliens/creatures. I was impressed of how smoothly the story played out especially since I really wasn’t sure what to expect.

Definitely a number of twists when you least expect it - had me telling "What?" Out loud on multiple occassions. Definitely got sucked in and got through the book much quicker than most audio books I've listened to!

I really loved this book. The narrators were terrific. The storyline was different than anything I’ve listened to and I really enjoyed it. I can’t say much bc I don’t want to give away any of the storyline but it was a fun listen. I was looking for opportunities to listen and finished the book in just a few short days.