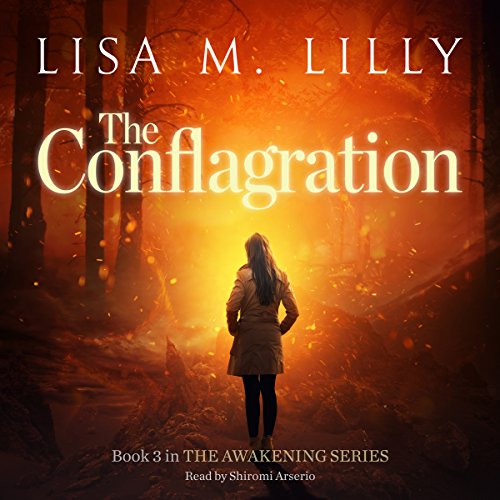 Still reeling from violent attacks, Tara struggles to make sense of an ancient letter that hints she will destroy the world. Then she learns her infant daughter, reputed to have supernatural healing abilities, has been kidnapped, and the woman sent to guard her has disappeared.

Tara follows a trail that leads from a psychiatric ward to a Parisian market for religious relics. Former flame Cyril Woods accompanies her, but Tara's billionaire benefactor questions Woods' motives, and the detective assigned to the case suspects those closest to Tara.

Desperate, Tara turns to a leader of The Brotherhood, a religious order that sees her and her child as the ultimate evil. But her bargain with him only enflames the controversy around her.

Tara may have occult abilities of her own, ones she can't use for fear of fulfilling the ancient prophecy.

Denounced by some as a fraud and feared by others, can she find her daughter and harness her own power in time to save those she loves most?

Shiromi Arserio is a fine narrator for this book.Tara once again is looking for her kidnapped daughter, who is purported to be a healer.An ancient letter is brought to light.Friends may be enemies and vice verse.I found this better than book 2.I was provided this book free by the author,narrator or publisher.