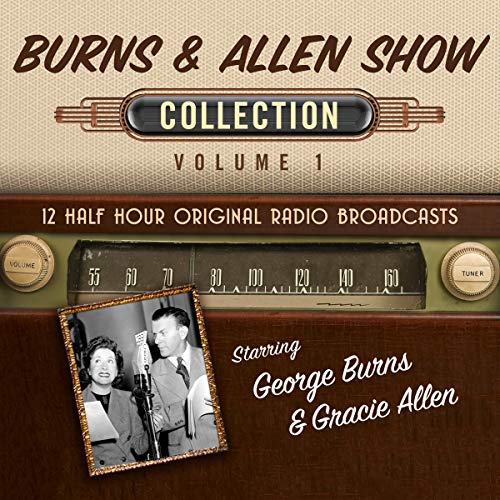 When real life husband and wife George Burns and Gracie Allen worked together in vaudeville, George was the comic and his wife Gracie had the straight lines. They switched their roles upon discovering that Gracie's delivery got a bigger laugh than George's punch lines. The duo became a big hit on Vaudeville and in films so when radio beckoned, they delivered. Their first regular radio work was as supporting players on CBS's The Guy Lombardo Show in the 1930s. When Lombardo switched to NBC, George and Gracie took over the show. Early on, the two did not play a married couple on the air. For a long time, they continued a 'flirtation act' with George as Gracie's most persistent suitor. But when the show's ratings began to sag toward the end of the 1930s, George decided it was time their real-life marriage was written into the show. The new format included husband-and-wife characters in a situation comedy setting. George's instincts were spot-on and The Burns & Allen Show went on to new heights, eventually making a successful transition to television.