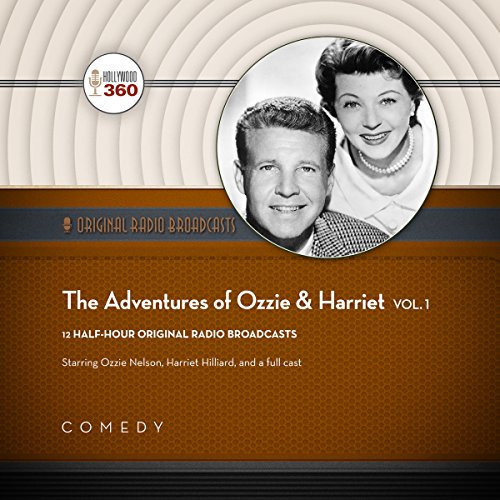 The Adventures of Ozzie & Harriet, Vol. 1

The first volume of the perennial favorite sitcom The Adventures of Ozzie and Harriet.

Ozzie Nelson was Red Skelton's bandleader on the popular radio series The Red Skelton Show. Ozzie's wife, Harriet Hilliard, was Skelton's singer. When Skelton was drafted in March 1944, Ozzie was prompted to create his own family sitcom radio series. The Adventures of Ozzie & Harriet launched on CBS radio on October 8, 1944 and made a midseason switch to NBC in 1949. It starred Ozzie as the head of the Nelson household, which included his wife, Harriet, and their two boys, David and Ricky. Each week the Nelsons found themselves in another amusing situation, much to the delight of their listeners.

Episodes included are: "The Fight", "Exaggeration Troubles", "Haunted House", "Ozzie Is in a Rut", "The Boy's Night Out", "Worrying About Worrying", "New Radio Phonograph", "New Year's Resolution", "Card Tricks", "Night Game", "The Compliment", and "Have a Cigar".