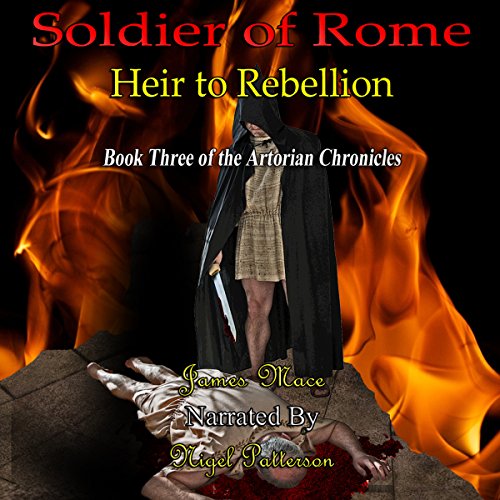 Soldier of Rome: Heir to Rebellion

Soldier of Rome: Heir to Rebellion

A year has passed since the end of the Gallic rebellion of Sacrovir and Florus. Retribution has been exacted, and the province is at peace once more. And yet, there are some who escaped Rome's justice. They are led by a man whose heart burns with hate; an heir to rebellion. Knowing that there can be no victory against the legions, his vengeance can only be wrought through terror and murder. The Gallic city of Lugdunum will be the first to taste his wrath.

The city of Lugdunum flourishes; the Twentieth Legion's Third Cohort having been stationed within the city since the end of the Sacrovir Revolt. For Centurion Proculus and his legionaries, their comfortable assignment will soon come unraveled as a series of grisly murders looks to upset the order of the city. Sergeant Artorius inadvertently finds himself at the center of the search to find these mysterious killers before they undermine the city's faith in the protection of the legions - a search that will lead him on a journey into the darkest corners of what lurks in a broken man's wicked soul.

When shall book 4 available at Audible ? I am waiting impatiently for it!

I love this series of books!!!

I love this series of books I love the writing in the narrator the storyline the characters. I am so upset that the newest book isn't out yet