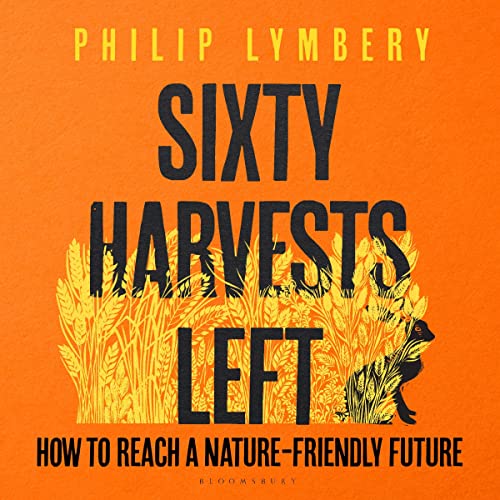 Taking its title from a chilling warning made by the United Nations that the world’s soils could be lost within a lifetime, Sixty Harvests Left uncovers how the food industry is threatening the planet. Put simply, without soils there will be no food: game over. And time is running out.

From the United Kingdom to Italy, from Brazil to the Gambia to the USA, Philip Lymbery, the internationally acclaimed author of Farmageddon, goes behind the scenes of industrial farming and confronts ‘Big Agriculture’, where mega-farms, chemicals and animal cages are sweeping the countryside and jeopardising the air we breathe, the water we drink, the food we eat and the nature that we treasure.

In his investigations, however, he also finds hope in the pioneers who are battling to bring landscapes back to life, who are rethinking farming methods, rediscovering traditional techniques and developing technologies to feed an ever-expanding global population.

Impassioned, balanced and persuasive, Sixty Harvests Left not only demonstrates why future harvests matter more than ever, but reveals how we can restore our planet for a nature-friendly future.

"Philip Lymbery pulls no punches in cataloguing the calamitous mistakes we’ve made in our food system, but he has bold and inspiring solutions to offer, too. It’s time for Big Food, and governments everywhere, to act on them." (Hugh Fearnley-Whittingstall)

"In this beautifully written book, Philip Lymbery describes how intensive agriculture harms the environment and inflicts suffering on sentient animals. But after visiting and talking to those on the front line – scientists, farmers and food providers—he is able to show that there are sustainable alternatives. And that they are working. There is indeed hope for the future of our planet, and each one of us can play a part. I urge you to read Six Harvests Left." (Dr Jane Goodall, DBE, Founder of the Jane Goodall Institute & UN Messenger of Peace)