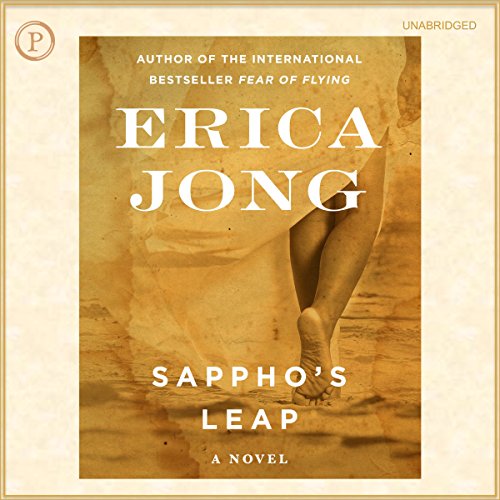 Fearless and unrestrained, Sappho is Erica Jong's most unforgettable heroine.

Sappho's Leap is a journey back 2,600 years into the heart and mind of the greatest romantic poet the world has ever known. At the age of 14, Sappho is seduced by the beautiful poet Alcaeus and plots with him to overthrow the dictator of their island. Sappho is caught and married off to a repellent older man in hopes that marriage will cause her to behave. Instead, it leads to a series of amorous adventures with both men and women, taking her from Delphi to Egypt, to the Land of the Amazons and the realm of Hades.

Erica Jong, with her unique grasp of the mercurial wonders of sex and love, has found the perfect subject for a witty and sensuous tale of a woman ahead of her time. A generation of listeners who have formed alliances with Jong's past heroines will be newly enchanted by her re-creation of the immortal poet.