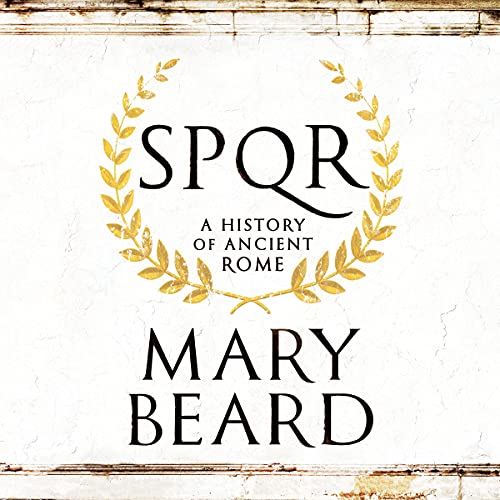 Shortlisted for a British Book Industry Book of the Year Award 2016.

The new series Ultimate Rome: Empire Without Limit is on BBC2.

Its history of empire, conquest, cruelty and excess is something against which we still judge ourselves. Its myths and stories - from Romulus and Remus to the Rape of Lucretia - still strike a chord with us. And its debates about citizenship, security and the rights of the individual still influence our own debates on civil liberty today.

SPQR is a new look at Roman history from one of the world's foremost classicists. It explores not only how Rome grew from an insignificant village in Central Italy to a power that controlled territory from Spain to Syria, but also how the Romans thought about themselves and their achievements, and why they are still important to us. Covering 1,000 years of history and casting fresh light on the basics of Roman culture from slavery to running water, as well as exploring democracy, migration, religious controversy, social mobility and exploitation in the larger context of the empire, this is a definitive history of ancient Rome.

SPQR is the Romans' own abbreviation for their state: Senatus Populusque Romanus, 'the Senate and People of Rome'.

The narrator is generally good but her pronunciation of Latin so atrocious that even one who knows Latin has to pause and wonder to get what it is.

This was my first book about the Romans I’ve ever read and it was fantastic. Written by the UK’s foremost scholar of Roman history at the end of her long and distinguished career this feels like the definitive history of Rome’s first millennium. I just loved the sensitive and nuanced way she talks about this. The depth of expertise is amazing and she makes it really engaging through lots of interesting stories and details. Overall, you just get the sense of someone who knows this stuff inside out and is not willing to overstate points to make them more interesting but is happy to discuss multiple interpretations while giving her own distinctive take. Personally, i really appreciate this more nuanced take and the healthy amount of myth-busting she gets in to. The only downside is the reader - she’s ok, but not great and stumbles over some sentences (partly because they are not that easy to read) and there are a few (2?) editing errors where sentences are repeated.