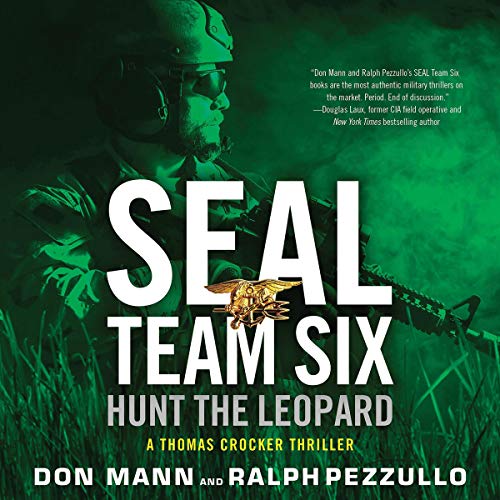 The charismatic Boko Haram leader Ratty Festus, also known as the Leopard, has been terrorizing drought-ridden Northeastern Nigeria: raiding villages, blowing up government buildings, and kidnapping schoolgirls. When Thomas Crocker and his Black Cell team, who are in the country on a special training mission, hear about a possible arms-for-schoolgirls exchange between Boko Haram and a Russian arms dealer on the Cameroon border, they convince a Nigerian Special Forces unit to join them in trying to stop it. The operation quickly goes south, with a deadly helicopter crash and an ambush. They can't manage to save all of the girls, even with assistance from a quick-thinking group of British private-security contractors.

A week later, the Leopard seizes control of a 500-million dollar Gulf Oil natural gas plant, demanding a 50-million dollar ransom and safe passage out of the compound. Crocker has just 24 hours to plan and execute a high-risk, low-probability, mission to rescue all 80 innocent hostages - including two of his own who are trapped with the civilians.

"Pulse-pounding reads filled with the kind of knowing, immersive detail that can only come from someone with real-life experience in the field. A great series." (Howard E. Wasdin, New York Times best-selling author of SEAL Team Six: Memoirs of an Elite Navy SEAL Sniper)

The story was well written that I couldn’t stop listening to it. Can’t wait for Don’s next book,