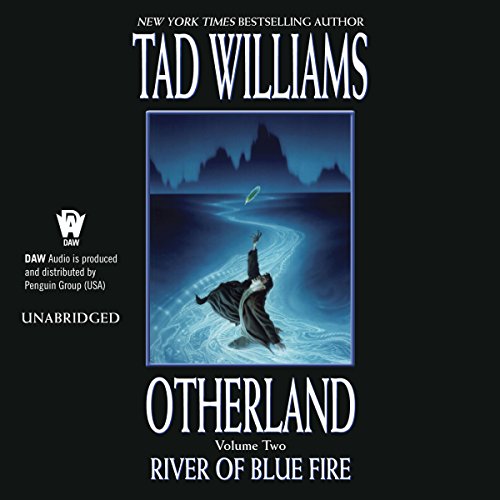 Otherland. In many ways it is humankind's most stunning achievement: a private, multidimensional universe built over two generations by the greatest minds of the 21st century. But this most exclusive of places is also one of the world's best kept secrets, created and controlled by an organization made up of the world's most powerful and ruthless individuals, a private cartel known - to those who know of their existence at all - as The Grail Brotherhood. Though their purpose in creating Otherland is still a mystery, it may not remain so for long. For they have exacted a terrible price from humanity in the process, and even their highly organized global conspiracy cannot hide the nature of their crimes forever. And now a small band of adventurers has penetrated the veil of secrecy that prevents the uninitiated from entering Otherland.

But having broken into the amazing worlds within worlds that make up this universe, they are trapped, unable to escape back to their own flesh-and-blood bodies in the real world. And as dangers and circumstances split their party into small, widely scattered groups, their only hope of reuniting lies in returning again and again to the River that flows - in one form or another - through all the worlds. But the odds seem to be completely against them as they - and the one outsider with whom they might join forces - become hopelessly lost in realms where an Ice Age tribe's fears can only be quenched in blood - where insects are as large and deadly as dinosaurs - where they are caught in the war between a man made of straw and one made of tin - where cartoon ads take on a life of their own - where humans strive to survive in the aftermath of an alien invasion - and where one among their party is actually The Grail Brotherhood's most terrifying weapon - a sociopathic killer who has never failed and whose current mission is to make certain that not even one member of this little invasion force lives long enough to reveal the truth about Otherland to the people of Earth.

Newborn and Williams, the perfect team!

Otherland is one of my all time favorite series, so I knew I'd adore the audio book. I did and that was mostly due to George Newbern's superb narration style. Download the entire series and get ready for an immersive adventure you'll want to re-visit time and time again!!

This story is very well written. The character development is extensive and the story is complex. That being said, there are a lot of characters and the author gives them all the same amount of attention to detail. You feel as if you know what that character is really like.....until suddenly you don't know them because the story makes a surprise turn.
The story is multi-layered and jumps between characters and locations so this isn't a story you listen to while your attention is elsewhere. The way it jumps between the people and settings makes it very interesting but there have been times I've had to backtrack to figure out what was going on, but the book is worth it. I enjoy reading and listening to books that aren't simply linear from start to finish and this book is it. I just listened to book two again to prepare for book 3 and there were details I had missed the first time I heard it. Can't wait to start the next book-

Interesting. I'm still thinking about it months later. But it could have used an editor to tighten it up.

This is the second Otherland book.

You need to have read or listened to the previous book in the series, City of Golden Shadow before starting this book, or you will not understand most of it.

Aside from that, it is difficult to know how to characterize this book. The characters who were gathered by the disruptive Sellars in City of Golden Shadow get separated again into three smaller groups, and each of these groups winds up transported into a different sim-world, where they have some dangerous but at the same time tedious adventures. We discover that the dangerous operative Dred (or Dread, or whatever his name is) has infiltrated one of the sims in Martine’s party, but it isn’t clear, even at the end, which one.

The Otherland network appears to be breaking down, even though it is still in the process of going live. The adventurers all get into some dangerous situations and uncover some confusing but possibly useful pieces of the puzzle. Renie and !Xabu are finally reunited with Martine’s group, but some of the members of their party appear to die at about the same time.

We also spend considerably more time with Paul Jonas in this book, traveling with him to the London of War of the Worlds, Renaissance Venice, and finally the Ithaca of The Odyssey, among other places.

In the end, things look serious for some of our characters, but we can’t tell how close they are to a resolution of anything. We still need to go on to the next book.

love the narrator. I could listen to him read Martine's POV all day. excited to see some of the stories combine back together

I had to check and see if it was actually a team of different actors doing the narration. really excellent.

I loved it! Great series. I can't wait to listen to his next book in this series.

easily one of the best narrations on a series I have had the pleasure listening to. gives each character a distinct life. story also excellent and engrossing.

good ass book series y'all, get on that shit...one if the main character is a baboon that carries a magic lighter

For a long ride

If you are planing a long ride to visit somewhere, this is your choice. But its worth your time.