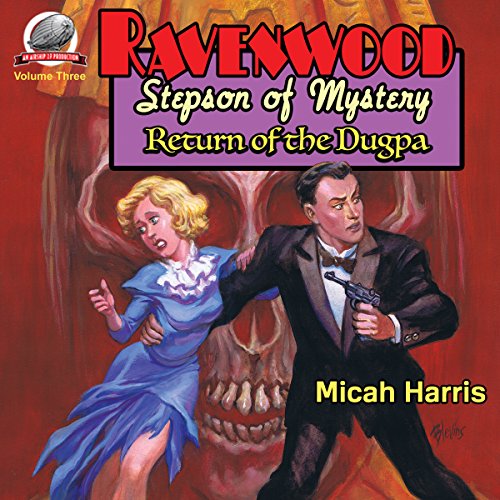 Return of the Dugpa

One of the most famous unsolved murder mysteries was the shooting death of well-known actor-director William Desmond Taylor in Hollywood, circa 1922. Nine years later, while investigating an alleged curse on German composer Wilhem Richard Wagner's lost opera, occult detective Ravenwood uncovers a connection between the missing score and the death of the flamboyant Taylor. He is hired to find it.

Upon arriving in Hollywood, he discovers others connected to the lost opera have also perished under mysterious circumstances. It is an arcane trail of death that leads back in time to the ancient plateaus of Lost Hyperborea and an immortal entity seeking the ultimate power to rule mankind. As the first sound movie version of Wagner's opera goes into production, the Stepson of Mystery races to solve Taylor's murder before more blood is shed and the city of dreams becomes a nightmare wasteland.

From the Golden Age of Hollywood to the magnificent seven ascending plateaus of Lost Hyperborea, writer Micah S. Harris delivers the first ever Ravenwood, Stepson of Mystery full length novel in Return of the Dugpa.

Possibly the best of the Ravenwood stories currently available in audio. Hoping for a sequel! Narration was serviceable...