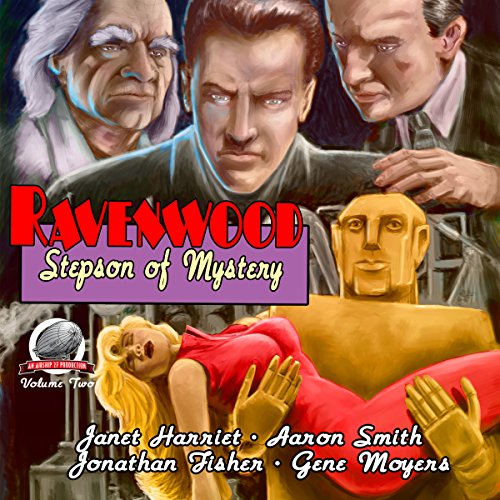 Easily one of the most little known pulp heroes was Ravenwood, the Stepson of Mystery. In all he appeared in only five stories, as backup tales in issues of Secret Agent X. Several years ago Airship 27 Productions released its first volume in this series, bringing back this unique occult detective whose different-colored eyes are always changing, along with his Tibetan teacher/mentor, the Nameless One; and his loyal British butler, Stirling.

Now, get ready for another quartet of brand-new tales of suspense and action as the Stepson of Mystery once again sets out to solve bizarre mysteries the police are helpless to unravel. Follow along as he confronts an amazing killer robot, teams up with the Black Bat to fight an alien horror, and investigates ritualistic murders having no rhyme or reason. New pulp writers Janet Harriet, Aaron Smith, Jonathan Fisher, and Gene Moyers pull out all the stops, delivering four original, fast-paced adventures that skirt the outer edges of fear and madness.

This is one pulp book best listened to with the lights on!

Four more entertaining adventures of Ravenwood... Narration is serviceable... On to Return of the Dugpa!