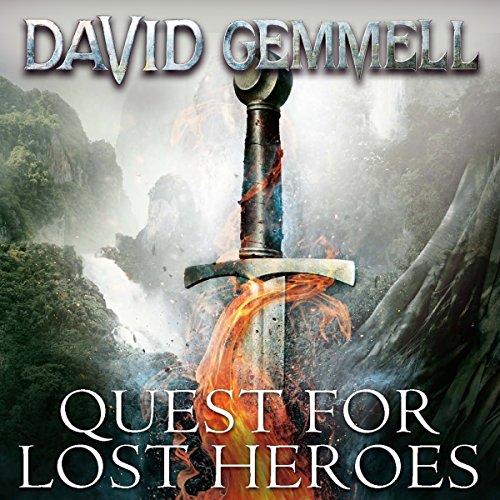 The Drenai fortress of Dros Delnoch has fallen, and blood-hungry Nadir hordes sweep across the land, bringing desolation and despair. But with the Nadir triumphant, slavers seize a young girl in the tiny realm of Gothir, and a peasant boy steps off on a quest that will shake the world.

To rescue her, Kiall must cross the savage steppes and journey through the Halls of Hell, facing ferocious beasts, deadly warriors and demons of the dark.

But the boy is not alone. With him are the legendary heroes of Bel-Azar: Chareos the Blademaster, Beltzer the Axeman and the bowmen Finn and Maggrig.

And one among them hides a secret that could free the world of Nadir domination. For he is the Nadir Bane, the hope of the Drennai.

He is the Earl of Bronze.

The narration is phenomenal, the story beautifully done. There are repeat chapters due to editing.

This is definitely one of my favorites!! Gemmell at his finest! great characters and great story.

This is not as good as other David Gemmell's other books like Legend and King Beyond the Gate and Waylander in my opinion.

Great narration of a great story

This was an excellent book in Gemmel's Drenai Saga and Sean Barret brought it to life. His performance added so much depth to the characters.

Gemmell does it again

I have read all of gemmell books years ago ,these audible books makes the stories come to life again . Nice read,,,,,

Thrilling and entertaining for Fantasy lovers. Dive into a world of determination and magic. Best author ever.