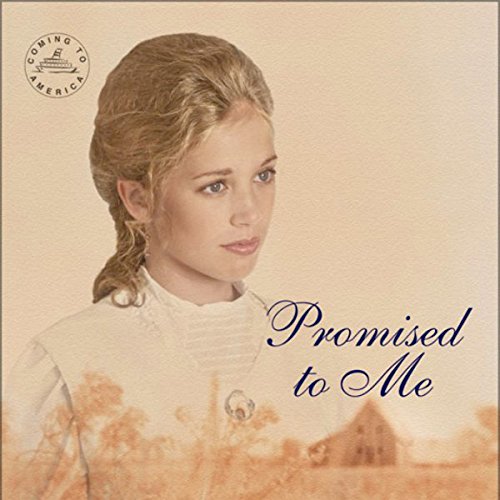 After all those years, I was certain Jakob Hirsch had forgotten me. Then came his proposal of marriage. With more impulse than wisdom, I crossed the ocean to begin a new life with him in Shadow Creek, Idaho. Little did I dream of the changes 11 years had brought to the man I once loved - which included three small children waiting with him at the station.

I will not marry a stranger who no longer loves me, but I have agreed to look after Jakob's children until the harvest is in.

A cabin on his property provides me with respectable living quarters. If only it were as easy to separate my heart from this family! It will be difficult to leave when the time comes, for I am falling in love with these little ones - and, truth be told, with Jakob.

In Idaho, the land is good but life is hard for a German emigre whose dreams have turned to dust. Love found and lost can shatter a man's faith. But it is about to strengthen that of the woman to whom he turns - and in the drought of summer, a withered promise springs to life.

Promised to Me is book four in the Coming to America series about women who come to America to start new lives. Set in the late 1800s and early 1900s, these novels by best-selling author Robin Lee Hatcher craft intense chemistry and conflict between the characters, lit by a glowing faith and humanity that will win your heart. Look for other books in the series at your favorite Christian bookstore.

An amazing story of hope, faith, life’s challenges and God’s mercy. Robin has such a gift in telling a story and with the narrator’s voice they are brought to like

Although this couple’s journey was long, it was well worth every second for the love to bloom.

So sorry this is the end of this series! I feel like I am leaving a town and family behind. Thank you Robin