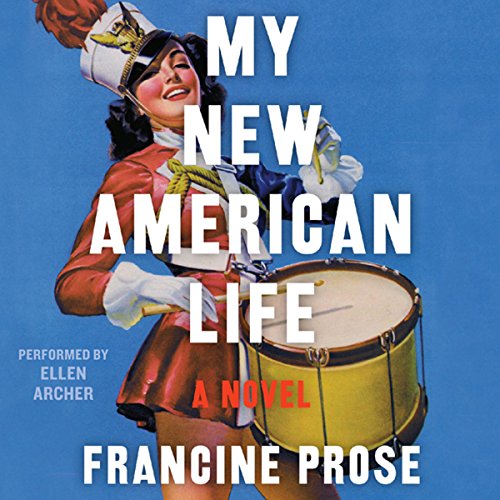 Lula, a 26 -year-old Albanian woman living surreptitiously in New York City on an expiring tourist visa, hopes to make a better life for herself in America. When she lands a job as caretaker to Zeke, a rebellious high-school senior in suburban New Jersey, it seems that the security, comfort, and happiness of the American dream may finally be within reach. Her new boss, Mister Stanley, an idealistic college professor turned Wall Street executive, assumes that Lula is a destitute refugee of the Balkan wars. He enlists his childhood friend Don Settebello, a hotshot lawyer who prides himself on defending political underdogs, to straighten out Lula's legal situation. In true American fashion, everyone gets what he wants and feels good about it.

But things take a more sinister turn when Lula's Albanian "brothers" show up in a brand-new black Lexus SUV. Hoodie, Leather Jacket, and the Cute One remind her that all Albanians are family, but what they ask of her is no small favor. Lula's new American life suddenly becomes more complicated as she struggles to find her footing as a stranger in a strange new land. Is it possible that her new American life is not so different from her old Albanian one?

Set in the aftermath of 9/11, My New American Life offers a vivid, darkly humorous, bitingly real portrait of a particular moment in history, when a nation's dreams and ideals gave way to a culture of cynicism, lies, and fear. Beneath its high comic surface, the novel is a more serious consideration of immigration, of what it was like to live through the Bush-Cheney years, and of what it means to be an American.

A refreshing, creative work of fiction

Where does My New American Life rank among all the audiobooks you’ve listened to so far?

This is among the best novels I've listened to/read. Francine Prose is an intelligent, creative, interesting writer. Her use of the English language and story development is first rate and very refreshing.

I laughed, I related, I wanted to hear more.

What made the experience of listening to My New American Life the most enjoyable?

This is the new people in American and the troubles they have sealing with the Government and other people.

I liked the way she acted - very non committal, take whats offered, not get to excited.

Love the mixture of intelligence and Sence of humor? This is your book. Not a brainstorming one, but Who cares