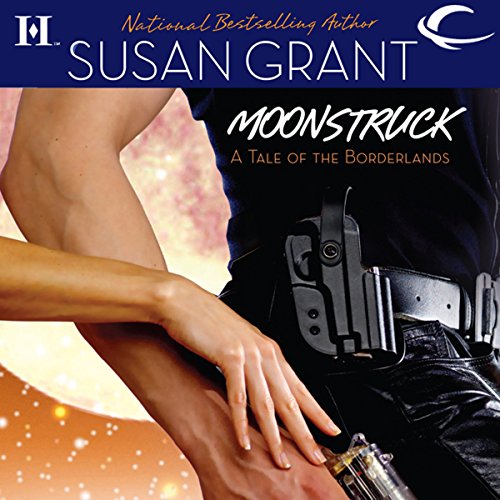 Peace was for little girls. And Coalition starship admiral Brit Bandar was one tough woman. A mere intergalactic treaty could never get her to trust the Drakken Horde. There was too much bad blood between the Coalition and the Horde and, for intensely personal reasons, Brit wasn't sure that she was through spilling it! But now a peaceful accord had made Finn Rorkken, a notorious Drakken rogue, second in command on her starship, and - through some grand cosmic irony - front and center in her thoughts... and her heart.

Warleader. Pirate. Either title sat easily on Finn's battle-hardened shoulders. Though second in command to "Stone-Heart" Bandar? That one would take some getting used to. Peace required as much sacrifice as war so he'd comply even if his reaction to the gorgeous admiral fell decidedly outside protocol. But would he end up kissing or killing her if the galaxy's tentative truce turned into all-out war?

Slow Start, but Quickly Got Better

During the first hour or so of listening to this book I was afraid I wasn't going to like it very much. The narration seemed a bit too dramatic and over the top. The heroine is a starship admiral, a rather hard woman, and I didn't really find that appealing. As the book progressed however, the book got more exciting the the heroine loosened up little by little and started to grow on me. The hero appealed to me from the start. He was a strong leader but able to relinquish control, and seemed to be primarily concerned with the well being of others.

Some science fiction can move along almost too quickly, or introduce so many "new" gadgets, gizmos or concepts that it's sometimes hard to make sense of it all. This book kept the tech stuff pretty simple, but was action packed and well paced. I wouldn't recommend it for hard core science fiction fans, but I would recommend it for romance readers looking for something a bit different.

Save your credits and skip this one. The narrator was good but the storyline not so much