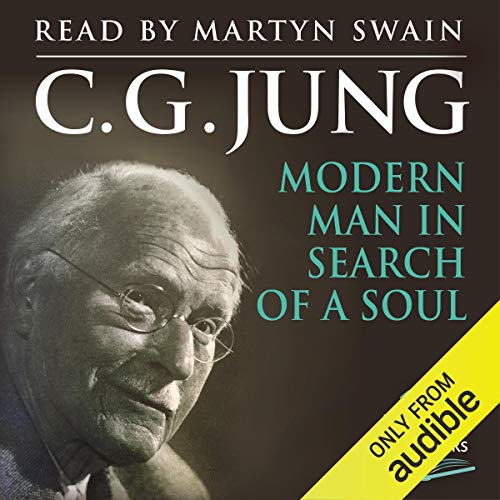 Modern Man in Search of a Soul

This collection of 11 wide-ranging lectures which appeared originally in 1933 was based on lectures previously given when Jung was in the process of absorbing a considerable period of study of Eastern religions, Gnosticism and other religious sources.

It was a time, according to the translator Cary F. Baynes, ‘when the Western world stands on the verge of a spiritual rebirth...after a long period of outward expansion, we are beginning to look inside ourselves once more.’ Before the decade was out, this optimistic viewpoint was to be shattered by war. But the insights in this book remain undiminished in the 21st century.

There are 10 lectures: 'Dream Analysis in its Practical Application'; 'Problems of Modern Psychotherapy'; 'Aims of Psychotherapy', 'A Psychological Theory of Types'; 'The Stages of Life'; 'Freud and Jung – Contrasts; Archaic Man'; 'Psychology and Literature'; 'The Basic Postulates of Analytical Psychology'; 'The Spiritual Problem of Modern Man'; and finally 'Psychotherapists or Clergy'.

Modern Man in Search of a Soul appeared shortly after Freud’s ‘Civilization and its Discontents’ and ‘The Future of an Illusion’ which took a very different, even dismissive, view of religion – and Jung looks openly at their differing positions, offering a more inclusive, overarching view of man’s spiritual search, one capable of acknowledging and learning from the attitudes and belief systems of ‘primitive man’ at one with his environment. In the same way he acknowledges the ‘complicated psychic activities’ involved in literature, drawing on writers as varied as Goethe, Melville and Conan Doyle in his reflections.

In The Spiritual Problem of Modern Man, Jung, fresh from his studies in Kundalini yoga and other Eastern traditions, is hopeful about the new attempts to bring together Western and Eastern thought leading to a more substantial ‘psychic reality.’ So many of his declarations in this Collection have proved to be stepping stones to where we are now, and he concludes boldly with his final essay where he considers the roles of the psychotherapist and the priest when faced with ‘spiritual suffering.’ Nearly a century since its appearance, Modern Man in Search of a Soul continues to be one of Jung’s most approachable and popular books.

Superb! On All Fronts!

First of all Martyn Swain is the peak when it comes to narration, and a particularly good fit for Jung. His voice has the authority needed to rise to the level of the content which is required when narrating such a monumental piece of literature. His voice is at once, sincere, and never condescending, playful, but not foolishly enthusiastic, and, lastly, it carries a gravitas that holds the readers attention, whilst never being harsh, or taxing, on even the most sensitive and discerning of ears.
Whatever Ukemi is paying Martyn Swain, it must be doubled at once!! Don’t be greedy!
And, Mr. Swain, if you didn’t already know this, you are doing god’s work. You must narrated Jung’s entire collected works. This is most important work you will ever do. The people are sick and calling out in the dark, and your beautiful voice is the sweet syrup, in which, is suspended, the great cure, that alone, could save humanity, the individuals quest, of self-discovery, and Jung’s groundbreaking work, to show the way.

Jung displays his genius in full force once again. An absolutely incredible book. 10/10

If you have read Freud, you need to read Jung. Fantastic reading of this book.

I fully recommend this book to anybody - even if you are not pursuing a career in psychology. These are some the fundamental theoretical research session of life and society!

A Seminal Work, a Wonderful Read

this was my first Jung book. Hesse turned me on to Jung. I enjoy it more in novel form but damn. this was a good read.

Would make a good text book

Would make a good text book but not great for audible. Performance was dry making it worse.