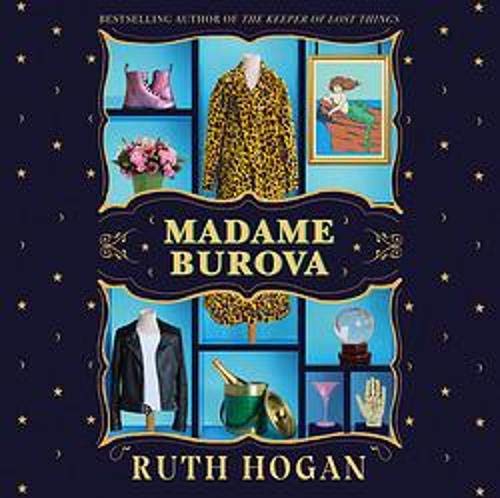 Madame Burova - tarot reader, palmist and clairvoyant is retiring and leaving her booth on the Brighton seafront after 50 years, but before she does she has some promises to keep and some secrets to reveal - the new novel from The Sunday Times best-selling author of The Keeper of Lost Things.

Imelda Burova has spent a lifetime keeping other people's secrets, and her silence has come at a price. She has seen the lovers and the liars, the angels and the devils, the dreamers and the fools. Her cards had unmasked them all, and her cards never lied. But Madame Burova is weary of other people's lives and other people's secrets; she needs rest and a little piece of life for herself. Before that, however, she has to fulfil a promise made a long time ago. She holds two brown envelopes in her hand, and she has to deliver them.

In London, it is time for another woman to make a fresh start. Billie has lost her university job, her marriage and her place in the world when she discovers something that leaves her very identity in question. Determined to find answers, she must follow a trail which might just lead right to Madame Burova's door.

In a story spanning over 50 years, Ruth Hogan conjures a magical world of 1970s holiday camps and seaside entertainers, eccentrics, heroes and villains, the lost and the found. Young people, with their lives before them, make choices which echo down the years. And a wall of death rider is part of a love story which will last through time.