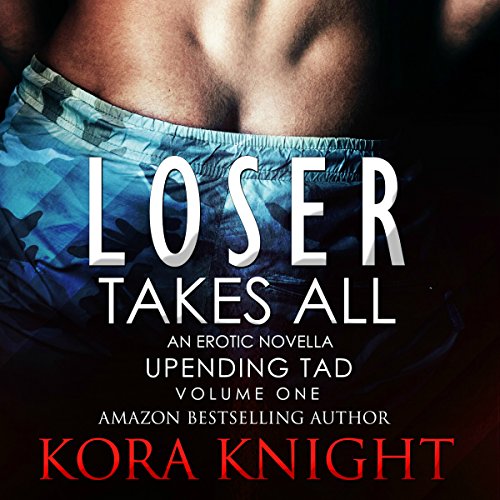 Tad's weekend started out like any other, hitting a college frat party with a handful of buddies. But just as the evening hits its peak, things get up-ended fast. Ditched by his drunken, trolling friends, Tad winds up getting hustled by three jocks playing poker. Now, he's forced to pay his dues in the most outlandish of ways; accepting a beat down or spending an hour with his victors' favorite flogger, Scott. But the guy's tantalizing torture quickly proves to be the least of Tad's worries and the kickoff to a night of raw, shocking lust.

Experience the graphic, minute-by-minute account of that hour spent at the hands of Tad's insatiable tormentor. Addicting chemistry lights the stage as Scott ignites Tad's reluctant desires into a frenzy of forbidden need.

This is definitely a perfect audiobook- have been waiting for an audiobook, when I knew Michael Pauley was the narrator I knew with Michael’s sexy sultry and sensual voice this would absolutely perfect— and it is ....
With Kora’s words and Michael’s voice I now await another chapter .....

I’ve been waiting for this!

I’ve loved the Upending Tad series for a long time. I wondered if anyone could truly do justice to Tad and Scott’s scene. He did it fantastically!The raw passion was certainly felt in every word.
If you are looking for the steamiest sex scene ever written, give this a listen. You won’t be disappointed. But don’t listen to it where anyone else can hear it unless you know they’re into MM erotica.

Love this book - narration is perfection too!

Warning: This audiobook will melt your earbuds! I read this book a while back and revisiting it as an audiobook reminded me how much I loved this series. Tad and Scott are combustible together. Very well written and the narration is perfection! Highly recommend! Can't wait for the next audio in the series.

Would you listen to Loser Takes All again? Why?

Absolutely!! I cannot wait for the rest of the series to be on Audio as well. Michael Pauley works his magic again. I've waited a long time for this to come to Audio. The story is very well done and I love the chemistry that develops during the course of their story. A must listen.

I have listened to this series at least 4 times and always makes me hot and bothered. I just love Michael Pauley's voice.

Better than I expected

This is the second audio book that I have listened to and it was very good. The narrator has a great voice. He really did the book justice!

Tad does not know what to think when he is tricked by a group of jocks and must pay up with a flogging or broken bones. What Tad does not expect is his reaction to the flogging and to Scott. What will Tad do after he begins down this journey?

I enjoyed this introduction to Tad and Scott. The two have great chemistry going on. As hot as their physical interactions are their emotions and personalities shine through their adventure. I enjoyed seeing the men’s personalities and how the two clicked. This is a fast paced and engaging story that had me right form the start. The author weaves a nice story that endears the characters to the reader and has you wanting more from them and narrator Michael Pauley does a good job of giving these men emotions and life.

I received this audiobook at my request and voluntarily wrote a review.

This was a great audiobook! The writing was wonderful, and kept me anxious to find out what would happen next; and the narration was fantastic. This was a great pairing of an author I admire and a narrator who is a favorite. I'm definitely going to listen to the rest of the series! The characters of Scott and Tad were fun to get to know, even in the awkward situation they were in.
I requested this audiobook from the author at no charge and am voluntarily leaving this review. I highly recommend this story!

i loved this.. michael did an amazing job capturing the characters personalities and their tones. the story is amazing.. and the writing of course superb. i loved it