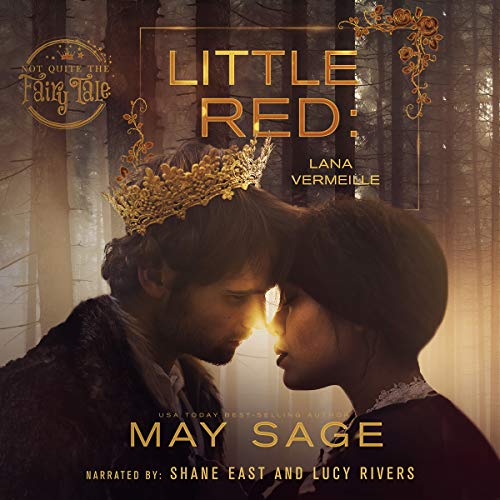 Not Quite the Fairy Tale is a series of paranormal romances made for a mature audience. Expect adult language and naughty stuff. Each audiobook is a stand-alone.

The rules are simple: Humans from Enom are allowed to cross the forest, Jereena are killed on sight. Double standard, but as Jereenan had taken their land, not many Wilderlings have questioned it.

Lana, an enforcer sworn to obey the alpha, doesn't like it, but never has she considered saying or doing anything about it until now.

Then things become complicated when the prince of Ennom comes through with a battalion of Jereenan soldiers....

these are just plain fun. no graphic sex. always interested to see what she comes up with next

11-27-20
Re-listened. Both narrators did great. Ms Sage in amazingly creative. Changed my rating a little.

Love all of your books... especially this series ...one of my favorite writers!!! keep it up sunshine!