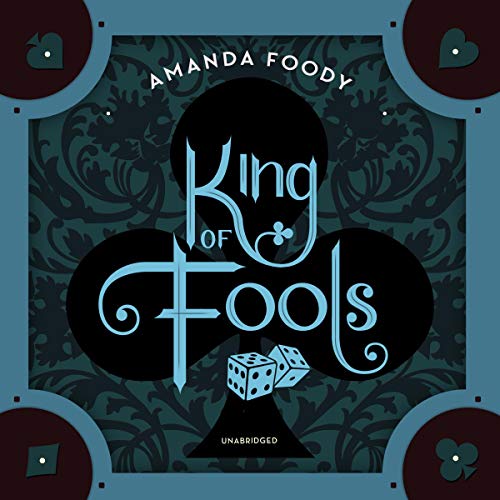 Indulge your vices in the City of Sin, where a sinister street war is brewing and fame is the deadliest killer of them all....

On the quest to find her missing mother, prim and proper Enne Salta became reluctant allies with Levi Glaisyer, the city's most famous con man. Saving his life in the Shadow Game forced Enne to assume the identity of Seance, a mysterious underworld figure. Now, with the chancellor of the republic dead and bounties on both their heads, she and Levi must play a dangerous game of crime and politics...with the very fate of New Reynes at stake.

Thirsting for his freedom and the chance to build an empire, Levi enters an unlikely partnership with the estranged son of Mafia donna Vianca Augustine. Meanwhile, Enne remains trapped by Vianca's binding oath, playing the roles of both darling lady and cunning street lord, unsure which side of herself reflects the truth.

As Enne and Levi walk a path of unimaginable wealth and opportunity, new relationships and deadly secrets could quickly lead them into ruin. And when unforeseen players enter the game, they must each make an impossible choice: to sacrifice everything they've earned in order to survive...or die as legends.

Not what i was expecting

The first story was amazing and full of great action and suspense while this story just kinda ruined the whole plot in the end. Disappointing ending. Disappointing character realizations.

I was truly looking forward to listening to this period the narrator is a fantastic fit for all the characters. I just felt like the 1st 7 and a 1/2 hours were drugged on and it could have been shorter

Nowhere near as good as the first book

I really enjoyed the first book in this series, Ace of Shades, but King of Fools was a let down. Not only is the story convoluted and difficult to follow (especially if you haven’t read the first book), but this series might not be the best choice for middle grade readers who gravitate toward YA books, as earlier reviews have suggested. Murder, manipulation, cruelty, hints of sex and seduction, themes of drug addiction and horrible family secrets - not light stuff, and maybe not for young or sensitive readers. In any case, I got tired of the character’s predictable bad choices, “to the death” threats and battles that I no longer cared about, inexplicable plot holes, and what seemed like a long, repetitive series of bleak, depressing scenes. I love YA literature and fantasy. This just wasn’t fun. At all. Kudos to Saskia for getting through this whole book with her usual passionate narration.

This series has been fantastic! There are twists and turns and a lot of drama. I found myself speaking out loud to the characters. I only have one book left and it makes me sad!

4/5. Took it as an audiobook. Loved it. So much thrill mixed with fantasy. Narrator did an outstanding job.

I did my best: dropped at 4h to go

The first book I enjoyed. It wasn't maybe the most engaging book ever but I liked the main character enough and I was actually pretty taken by Levi's story. Enough to give book two a chance (despite seeing several bad reviews on it).
Unfortunately the bad reviews mirrored my feelings. While I like some of the new characters (Enne's new crew in particular) it seems like everyone is just... aimlessly wandering. What are they doing? What do they want? I don't know and I don't care.
In truth I think I stopped paying attention 4 h ago. I have been listening to this for 15 mins while trying to fall asleep (been working terribly well) bc I decided that since I can't return it, I should at least finish it. But I can't. 4h left for the end and I give up and decide to stop torturing myself.

Unless you absolutely fell in love with the first book and its characters (not the story bc you won't find the same kind of plot here) do yourself a favour and skip this one.

(Narrator is an effing marverl as always).

I started this series not knowing it was a series. It now has me rapt and completely engrossed. The wiring is great and the narrator is phenomenal. I can see everything so vividly between the descriptions and the narrator's telling. I'm excited for the last book.

I really loved Ace of Spades

Great story! Great narration! A little romance, a little mystery, a little magic and lots of amazing characters. I couldn't ask for more. I will be reading all of these and honestly anything else this author writes.