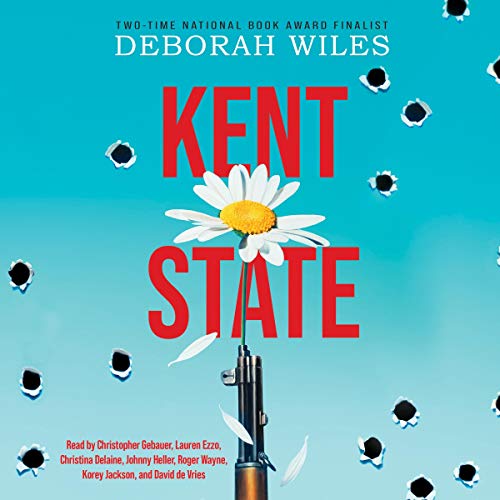 Winner of the American Library Association’s 2021 Odyssey Award for Excellence in Audiobook Production!

From two-time National Book Award finalist Deborah Wiles, a masterpiece exploration of one of the darkest moments in our history, when American troops killed four American students protesting the Vietnam War.

As protestors roil the campus, National Guardsmen are called in. In the chaos of what happens next, shots are fired and four students are killed. To this day, there is still argument of what happened and why.

I love the way this book was told from multiple perspectives. The audio used multiple voices to tell this story. It sounds natural and conversational. The book is riveting and moving telling about each of the victims of the Kent State shooting. I highly recommend!

I’ve been wanting to read this book for a while, but I thought it would be a typical nonfiction read. However, I was so wrong. It does a wonderful job of holding space for different voices from the events through a conversational style. I listened to the audiobook while reading the hardcopy. The audiobook was able to bring the events to life. Loved this!