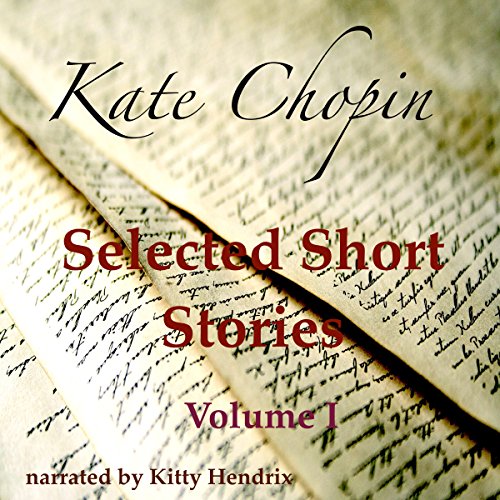 Kate Chopin, one of the great literary writers of 19th-century American fiction, was a woman ahead of her time.

From the early 1890s, Chopin was writing short stories, articles, and translations which appeared in periodicals and magazines regionally based in St. Louis - she was perceived as a "local color" writer, but her literary qualities were discounted.

Much of her writing was autobiographical. She took into account her ancestry of Irish and French descent, and her years with Creole and Cajun influences in Louisiana.

When her novel, The Awakening, was published in 1899, with themes of sexual and social independence for women, it was met with negative criticism and banned in several states. Chopin, discouraged by the criticism and realizing that she had not been accepted as the legitimate author she knew she was, turned to short story writing almost exclusively for the rest of her life. Volume 1 includes the following short stories: "Beyond The Bayou"; "Ma'Ame Pelagie"; "Desiree's Baby"; "A Respectable Woman"; "The Kiss"; "A Pair of Silk Stockings"; "The Locket"; and "A Reflection".