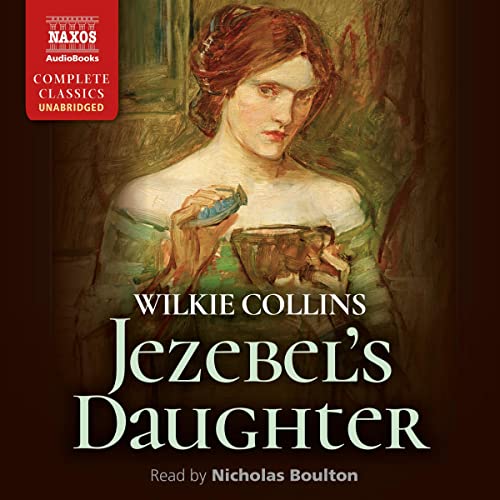 Set in the financial centres of 1820s Frankfurt and London, Jezebel’s Daughter (1880) tells the story of two widows: Madame Fontaine, who will go to any lengths to secure her daughter’s marriage, and Mrs Wagner, who devotes herself to her late husband’s social reforms. In pursuit of her endeavours, Mrs Wagner befriends Jack Straw, a former inmate of Bedlam, who plays a pivotal role as the action, full of plotting and counterplotting, unfolds, culminating in the morgue, where several lives hang in the balance.

Jezebel’s Daughter, serialised from 1879 to 80, is a prime example of Collins’s sensation novels, and was based on his play The Red Vial. As seen often in Collins, the depiction of strong and ‘active’ women defies the convention of his time, and the plotline is gripping and full of suspense.

IMPECCABLE MASTERPIECE. THE READER WAS SUPERB. HAVEN’T HEARD SUCH A FABULOUS READ IN A DECADE.