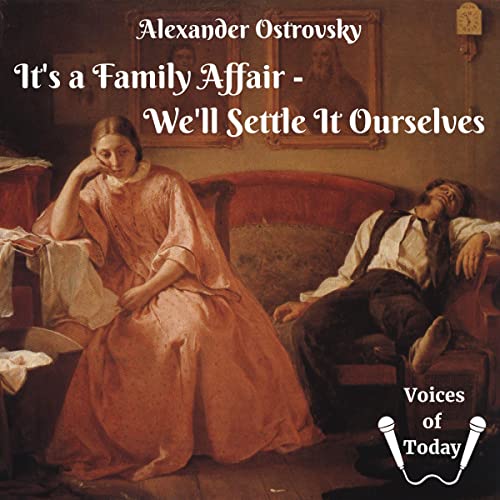 It's a Family Affair - We'll Settle It Ourselves

It's a Family Affair, the first play by Alexander Ostrovsky was written in 1849, but 10 years elapsed before permission was given for it to be staged.

As with many of Ostrovsky's plays, the target of the author's satire is the merchant class and the inevitable corruption associated with mercantile endeavors. In Ostrovsky's bitterly realistic world, all personal encounters end in transactions, some humourous and some tragic.