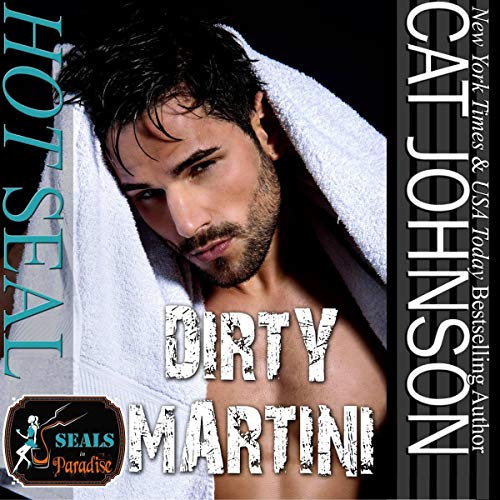 A Navy SEAL who wants seclusion. A diva who craves the spotlight. The deal they make could give them both what they need...if they don’t kill each other first! Reality TV has never been so hot!

Navy SEAL Clay "Dirtman" Hagan's retirement plans are simple. Buy the dilapidated beachfront cottage he found listed for a song, fix it up, and live out his days in solitude. Everything is set until an anonymous bidder drives up the price of his future paradise.

TV talk show host Tasha Jones is flying high, until one word—canceled—sends her crashing. Now she's looking to resurrect her career with a new home renovation show if they can get around the buyer standing in the way of the perfect property.

When the competition turns out to be the obnoxious a-hole from her embarrassing drunken one-night stand, the battle for the property really heats up as the insults - and the sparks - fly. The producer notices the chemistry between them and decides the viewers will too, and Hot House is born.

If Clay agrees to have the self-centered star and her cameras in his house for the duration of the show, he walks away as the owner in the end. If Tasha can put up with living in the bungalow with the Neanderthal control freak during the construction, she gets a hit show and her career back. Win-win.

It shouldn't be too hard since the director loves when they argue on camera, which is good since they agree on nothing. Well, almost nothing. They do both agree that they pretty much hate each other and neither one wants a repeat of their one night together.... So why does it keep happening?

Another winner by this author

You can never go wrong with a story by this author and this one proves my point.
Retirement has come to Clay/Dirtman Hagan and he’s ready for his beachfront home. With his biggest concerns being , fixing it up, and enjoying his new lifestyle.
Tasha Jones is a tv personality in a home improvement show. But when things go haywire and is about to lose her show , she’s determined to redeem herself.
Fate pairs them up and boy do the sparks fly.
It was a funny and at times touching story.
Definitely another winner for the author.
Last but not least, the narration by Sean Posvistak brought the story to life.

I chuckled through most of this book

I loved the chemistry between two completely different people, looking for two completely different things in life.
Clay has his military retirement planned out only to get blindsided. Tasha's career gets derailed which leaves her devastated and worried about her future.
Throw them together and you get a funny, light hearted story filled with agitation and a touch of sadness. Not to mention the over the top hot and steamy desire!
When Clay opens up to Tasha about the loss of his military friend, I think that is the turning point towards lovers from enemies.
Loved this book from beginning to end. The narrator, Mr. Posvistak did an excellent job expressing Clay's anxiety. I could almost feel it.

Looking forward to this Series (Standalone)

I received this audiobook free for an honest review as a member of Pink Flamingo Productions Review Team. This was a terrific book. Loved the tension between Tasha and Clay. The premise of this story was a very creative idea of the author's. The author did a great job of keeping the listener's/reader's attention from beginning to end and kept me laughing throughout. Very cute and enjoyable romance. The narrator did a great job with the characters and their personalities. I don't usually like a male trying to narrate the part of a female, but Sean Posvistak did a great job. Looking forward to more in the SEALS in Paradise Series.

Hot SEAL, Dirty Martini is the first book I've read by Cat Johnson (I think) and it was a lot of fun. The audio version narrated by Sean Posvistak was a riot. You could tell he was having a ton of fun. It was a little over the top at times and definitely entertaining. I liked the personality clashes between Clay and Tasha and the epilogue was great. I'll definitely be exploring more of this series and this author.

I received this audiobook for free from Audiobook Obsession. This is my honest and voluntary review.

Put one Navy seal with one ex talk show host on a home remodeling reality show together? Cameras 24/7 for a month in the house. It's chaos, fun, fights, sexual tension, just what producers want. The longer they're together the more the sexual temptation they have.. This is a Hot steamy romance. The Hot House Tv show lives up to it's name.
John Posvistak narration is very good. I enjoyed listening to this story.🎧audiobookobsessionreviewer🎧

This is my second book from this author and narrator. The narrator had me melting like he did on the last book I listened to that he narrated. The story itself was an interesting concept. First book dealing with reality TV I ever read or listened to. Not sure if I will again but I definitely want to hear more from Mr. Posvistak.

A hilariously good tale to listen to!

I loved this! It was totally laugh out loud funny with quips that kept me giggling even afterwards. Tasha and Clay had a chemistry that made for some seriously good humour that this narrator portrays really well. His tone of voice and the way he drags or speeds up through the narrative made for some seriously good listening that made my journey to and from work go by in a flash. So much so that I was almost disappointed this had to come to an end but I really hope there are more like it as it made for great audio.