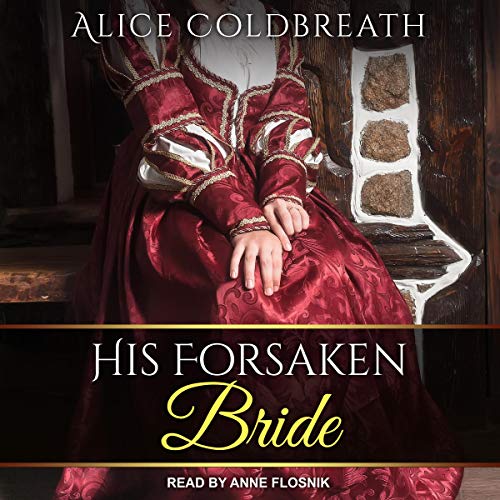 Fenella Thane is a desperate woman. Her absentee husband of eight years has served her with divorce papers, and she looks likely to lose her beloved home and be forced into a convent.

There is just one slim chance to avoid this fate, one person of prominence at court who she knows has the ear of the King. Oswald Vawdrey, the man who cruelly jilted her when she was a starry-eyed 15-year-old with a head full of romantic dreams.

Fen swallows her pride and rides to the King's court at Aphrany to beg for Lord Vawdrey's intercession. But Lord Vawdrey is not the charming boy she remembers, and he has no interest in halting her divorce. Instead, he has quite different plans for his former intended bride.

Fenella is about to discover there is more to Oswald Vawdrey than meets the eye. And she may not be quite so forsaken as she once thought....

Well developed main characters with interesting side characters. What turned me off a bit was how weak and naive the main female character behaved. The story dragged on and on way too long.

Coldbreath is fast becoming one of my favorite authors. I read her books over and over, so finding that they are out on Audible AND very well narrated is making me very happy. Love this one. The hero is so undone by the heroine.