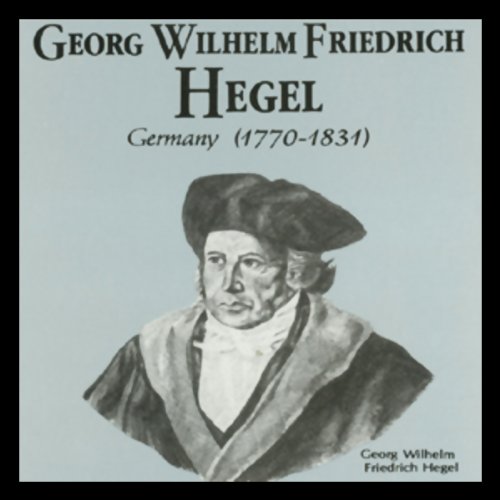 Friedrich Hegel developed a profound and influential synthesis of all prior knowledge. He aimed to make philosophy an all-comprehensive science that would restate, in rational language, the truth of Christianity. In Hegel's vast speculative and idealistic philosophy, truth is found not in the part but in the whole. Nature is an organic whole shot through with rationality akin to the reason in ourselves.

Hegel viewed history as the growth of human consciousness, which is also the emergence of freedom. He thought that progress takes the form of the "dialectic", a historical process that moves us, through struggle and contradiction, to a higher stage of development. These ideas had a great impact on virtually all subsequent philosophy, particularly that of Marx, Kierkegaard, Sartre, and Dewey.

The Giants of Philosophy is a series of dramatic presentations, in understandable language, of the concerns, questions, interests, and overall world view of history's greatest philosophers. Special emphasis on clear and relevant explanations gives you a new arsenal of insights toward living a better life.

The worst waste of my time and money

What disappointed you about Georg Wilhelm Friedrich Hegel?

The use of a pseudo German accent for Hegel was not only annoying but completely inept. The accent and the rhythm made these quotes practically useless. Heston was excellent. I am not sure why those who record philosophy feel the need to make the philosophers prigs. Hegel is difficult enough without providing a well paced easily understood voice for the presentation. A philosophical analysis should not feel the need to be high school drama.

I will serious reconsider trying any more philosophical tracts.

Would you be willing to try another one of Charlton Heston???s performances?

Heston in his own voice was excellent

A great introduction to Hegel

I suspect I will have the same thing to say about all of the books in this series, as they are all narrated by Charlton Heston and are similar in quality. These books are a lot of fun as they are concise, easy to understand, clear on the main points, and masterfully read. The recording is also excellent. Although my political leanings kept me from being excited about downloading a book read by Charlton Heston, I have to admit that he has a style and flair that make the books very listenable. The "European" accented readings of other philosophers by other actors are a little cheesy at first, but do help with the atmosphere.

Don't Underestimate the Silliness of the Accent

It is very hard to evaluate this introduction to Hegel - the lecture itself seems for now to be fine - but don't underestimate the importance of what another reviewer said: The passages by Hegel - which are crucial for understanding of the lecture - are read in an absolutely idiotic fake German accent. It is almost impossible to concentrate on the meaning of the passages and the entire lecture sounds like a farce.

The Fake German accent is so silly as make me laugh. It completely negates the quality of the underlying writing by Hegel.

Too bad, since I am a fan of Heston the narrator.

Worst co-narrator of all times

Let Heston read the quotes from Hegel as well, or at least let somebody else read those parts without a stupid, fake, German accent.

Warning: It seems that all of the Giants of Philosophy audiobooks have some sort of fake accent fetish. All parts that are direct quotes from Hegel in this book is read with a super distracting, silly accent, that is probably down right insulting to English speaking Germans. Sounds like something out of a satire movie...

It's difficult to understand Hegel under good circumstances. With this reading, it's down right impossible. I found myself zoning out during the quotes and just wait until they were over and let Charlton Hestons narration (great work by Heston btw) do the summary and explanation.

I made the mistake of buying both this book and the Hume book of the same series simultaneously. I won't be buying any more from this series, which is a shame, because the content is alright and Heston's narration great, but the fake accents... can't stand it.

This is one of the best introductions to Hegel’s thought that I have encountered in over twenty years of reading Hegel. It is challenging and requires effort of the listener to work through the outline, but in the end, a very clear picture of Hegel’s overall thought is developed. This is in no way a watered-down account. The lecture deals with Hegel’s most important and difficult ideas: dialectic, his critique of the understanding, the organic and developmental nature of concepts, Hegel’s view of the state, Hegel’s understanding of art, religion, and philosophy, as well as the critiques off Kierkegaard, Schopenhauer, and Marx. The author challenges the listener to think through Hegel’s arguments without ever becoming tedious or too opaque (we are talking about Hegel). Charlton Heston’s voice is perfect for easing one through the difficult nature of Hegel’s thought (forget about his politics!) The accents are corny, but the selections of readings are perfect and compliment the course itself. This recording is more than well worth the two hours and five dollars spent.

Explains Hegel very well. Honestly Stephen’s review below was so impressive that it feels dumb to write anything more, but yeah, the audiobook is just that good. It teaches you about Hegel and is very well produced and enjoyable. Some people hate the accented readers in this series but I like it

It seems they are being quoted, or their saying paraphrased. Anyway, they are given these cartoonish impersonations that are very bad even by kids cartoon standards. Most of these people are native speakers of languages that are not English, but they are “speaking” English language with stupid exaggerated accents. If it is a German person “zey zound like dis, ja!” Just inferior narration.

easy listening of a dense subject. I would rather they did not pretend a German accent

As others have mentioned, Hegel's quotes are read in an absurd, hard to understand faux German accent. It's annoying and frustrating and the point of it completely escapes me. Heston does a great job and I think we're given a good introduction to Hegelian thought. Ergo, if you can stomach the accent -- which, in fairness, is probably less than 10% of the audio -- you'll probably like this. For me, though, the accent was just too much. Reading a transcript would've been a much more enjoyable experience.