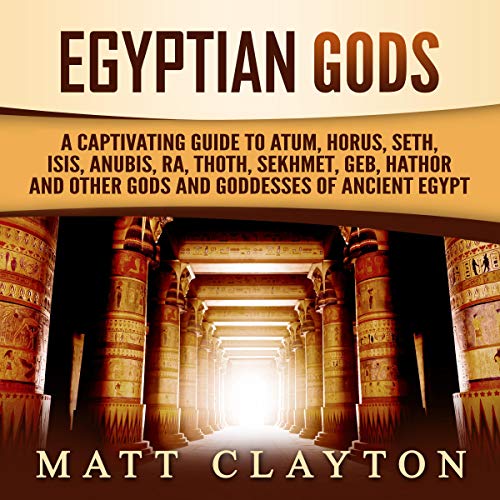 Throughout Egyptian history, we see that gods who had once been favored were set aside or had their roles altered in order to make way for gods whose cults became more popular, while political changes, such as the conquest of Egypt by Alexander the Great, ushered in cultural and religious exchanges that both affected native Egyptian religious practices and also had an impact on the religious beliefs of Greece and Rome.

Because the Egyptian pantheon is vast, even if one leaves out the syncretized deities, it is not possible for this volume to present a comprehensive overview of ancient Egyptian religion and myth. Instead, only a select number of deities and concepts are discussed here. Some of these are more well-known deities, while others might not be as familiar to modern listeners. However, this audiobook still offers a fascinating glimpse into ancient Egyptian religion and culture and the richness that was life in ancient Egypt.

Within this audiobook, you'll find the following the Egyptian gods and topics covered:

So if you want to learn about Egyptian gods, buy this audiobook now!